DEVIN TOWNSEND Looks Back At Addicted Album On Episode 12 Of Official Podcast - "2021 Is Several Universes Away, It Seems, From This Particular Period" 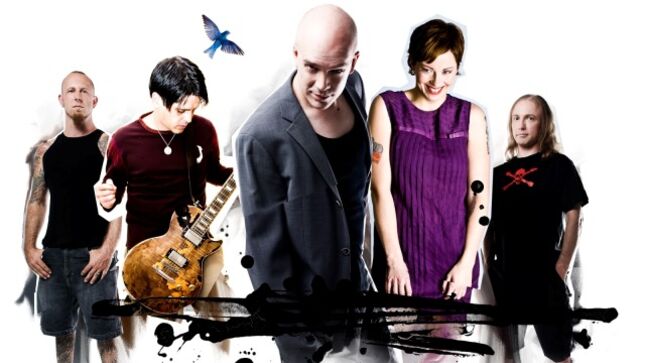 Devin Townsend has posted Episode 12 of his ongong yet sporadic official podcast. This time he looks back at the making of the Devin Townsend Project's Addicted album, released in 2009.

Following is Townsend's overview of the Addicted record, which he posted prior to its release.

Townsend: Musically, Addicted is along the lines of the big, wall of sound hard rock/heavy metal of Ocean Machine and Accelerated Evolution (even Physicist at points). It is a very direct and ‘to the point’ album with an emphasis on groove and the chorus. In the past, lots of my records end up taking a kind of Pink Floyd-ish route (between song meandering etc.) … Addicted is really simple: 11 rocking songs and no bullshit.

I wanted to make a record that was heavy, without being dark or depressing. When I got into metal it was for the energy behind it, but somewhere along the way that energy started getting really negative. In music right now, there’s a ton of heavy bands that are really depressing to listen to loudly. I wanted to make a record without any real deep metaphor on the surface. Something that sounds good, has a good beat, and a positive feeling. It is still heavy as-all-get-out, but I think there’s a differentiation to be made between being ‘peaceful’, and being peaceful but wanting to celebrate loud, crushing music.

The vocal duties on this record are handled by myself and Anneke van Giersbergen, formerly of The Gathering. I wanted to have male and female vocals kind of ‘tell the story’ so to speak. It’s an honour to work with her and she has a lovely, lovely energy. The other musicians on this record are Ryan Van Poederooyen on drums, Brian Waddell on bass, and Mark Cimino on guitars.

I love this record, it affects me in a way that I wasn’t prepared for. It’s a fully rocking album of optimism. If you just want to ‘play it loud’ without any crazy metaphor, this album might be for you!"