DON DOKKEN “Despised” His Wardrobe For Under Lock And Key Album Cover; The Decade That Rocked Podcast Episode Streaming 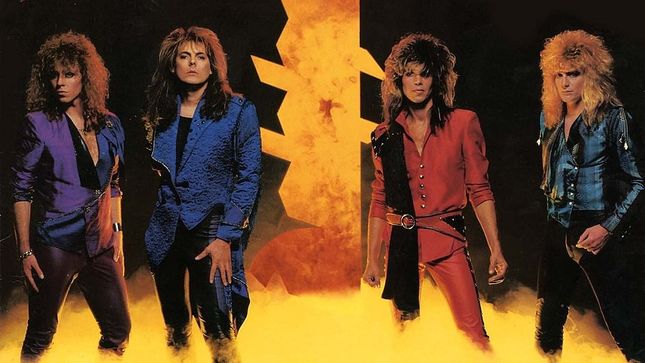 Rock photographer Mark "Weissguy" Weiss shares with fans the The Decade That Rocked Podcast. The initial set of episodes document his journey as a kid from New Jersey with a camera and a dream to shooting one of the most iconic rock ‘n’ roll photographs ever: the cover-that-almost-was for Bon Jovi’s Slippery When Wet album. His co-host for the ride is comedian and journalist Greg Alprin who, as an addict of the decade that rocked, shapes the conversation from a fan’s perspective.

The latest episode features Don Dokken. Don joins the podcast to take a look back on some of his shoots with Mark over the years, and tells the story of the wardrobe he despised wearing for the Under Lock And Key album cover session. He gives firsthand insight into what it was like to work with the “Weissguy”, as well as why he let him live in his house while he was on the road touring the world with Dokken. Don also opens up about what he saw, or more accurately, didn’t see, in Metallica in the early days, and how he was admittedly very wrong—so much so that he reveals how hard it was to follow them on the bill during the 1988 Monsters of Rock tour. Lots of great stories, wrapped up in a chat about the new Dokken album of Lost Songs. Listen here.

The podcast looks back at the period’s most historic moments through the stories behind my images, and feature interviews with rock stars from then and now offering a backstage pass to the most hedonistic time in music. Join them for a decadent celebration of the hard rockin’ 1980s and beyond.

First published in June 2020 by Insight Editions, The Decade That Rocked is a 378 page hardcover book, measuring 9.2 x 12.8 inches and weighing 6 pounds. Written by Richard Bienstock, The Decade That Rocked includes a foreword by Rob Halford of Judas Priest, an afterword by radio and tv personality Eddie Trunk, as well as contributions by Daniel Siwek.