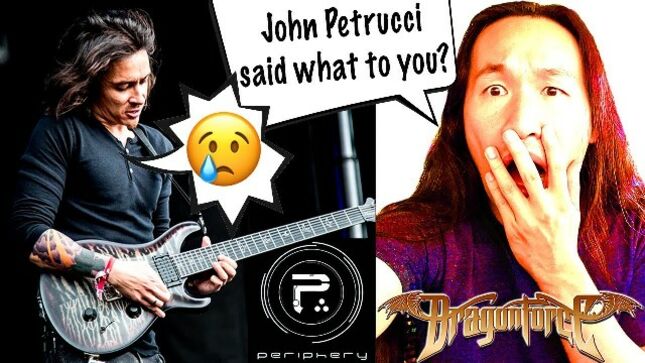 In his talest Twitch stream, DragonForce guitarist Herman Li hangs out Mark Holcomb of progressive metal band Periphery to talk about guitars, music, Dream Theater and more. Check out a portion of the chat below, watch the full livestream - which took place in December 2020 - on Li's channel here.

Li and DragonForce bandmate Sam Totman recently took a shot at writing what they have dubbed the "wimpiest" Amon Amarth song in 10 minutes during one of Li's recent Twitch livestreams. Check out the attempt below.