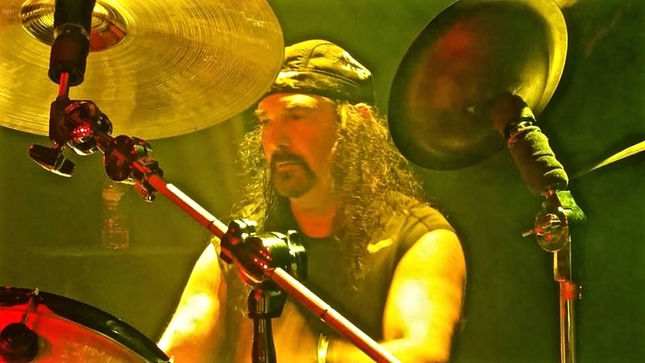 Enemy Remains drummer Steve Zimmerman will take a break from his current band this weekend to head to the prestigious ProgPower USA festival, where he will hit the stage with his former band, Fates Warning, for a huge reunion show.

Zimmerman will join the original lineup of Fates Warning, including John Arch, to perform the band's groundbreaking 1986 album, Awaken The Guardian, in its entirety.

”It's unbelievable that after 30 years the fans still appreciate the music from Awaken the Guardian, giving us the opportunity to perform this reunion show in Atlanta," said Zimmerman. "I'm grateful for the chance to play for and meet the fans from around the world who treasure this album. Knowing this allows me to be proud of what we accomplished 30 years ago."

Zimmerman, who is focused on the upcoming release from Enemy Remains, reflects on what made Fates Warning so influential: "I feel the fact that Fates kinda set ourselves apart from the basic music writing. We wrote songs that challenged our musical abilities with off-time measures and beats. We forced ourselves to play out of the pocket and kind of, what I'm told, created that whole progressive metal genre. Believe it or not, new fans I meet think Dream Theater came before Fates Warning because of their mainstream success, but true Fates fans know we had already released our second album, The Spectre Within, when Dream Theater (with all respect) came out."

After his reunion with Fates Warning, Zimmerman will return home to begin playing shows with Enemy Remains in support of the No Faith In Humanity EP, available October 30th.

Enemy Remains have unveiled the first single and video for "No Faith In Humanity”, from their upcoming release of the same name. The single features a timely subject matter, touching on the current political climate in America.

"We choose this track because of the strong message regarding what's going on with our world today," said guitarist Tommy "The Beast" Blardo. "With the effect of today's political views, we felt this was appropriate, and we hope the fans will relate to it. We hope people can totally get behind the message and try resolve some of the hate in the world."

Enemy Remains was formed by Blardo and original Fates Warning drummer Steve Zimmerman a decade ago. What began as means of musical expression for the pair has since grown into a hard rock force of nature with driving rhythms and a progressive edge. The group, now rounded out by vocalist Frank Morin, Scott Kadish and bassist Andy Majewski, has since shared the stage with the likes of Alice Cooper, Queensryche and Heaven and Hell, as well as having the honour of playing the 20,000-seat XL Center in an opening ceremony for the Hartford Wolf Pack, the New York Rangers' AHL affiliate.

The video for "No Faith In Humanity" was directed by Edwin Escobar, an acclaimed Connecticut-based director specializing top-notch music videos. "The video shoot was just amazing," Blardo said. "Working with a professional like Edwin Escobar was a no-brainer. He made this shooting stress free for all of us."

The result is a slick, performance-based video with intermittent clips that tie in the song's message.