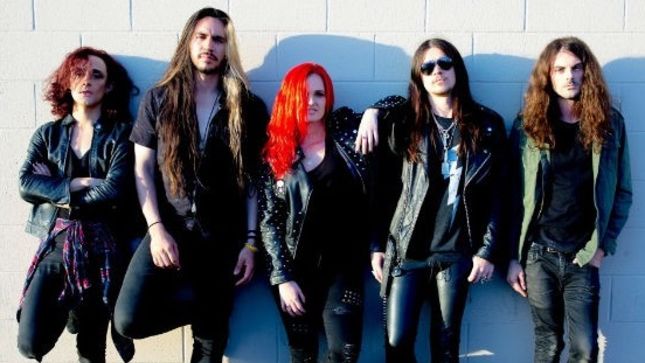 Evol Walks has premiered their brand new music video for “The Fire”, which can be seen below. Originally from Australia, and now based in Los Angeles, the explosive five-piece is lead by frontwoman Leah Martin-Brown and features lead guitarist Dre DiMura, rhythm guitarist Logan Nikolic, bassist Eliot Lorango and drummer Jimmy Lee, who are influenced by bands like AC/DC, Monster Magnet, The Pretty Reckless and Black Sabbath.

Named by Triple M Australia as one of the Top 4 Best Up and Coming Rock Acts and managed by the same firm as Ghost, Mastodon and Slayer, expect more from this act very soon including new music and tour dates.