Exclusive: DAMN YOUR EYES Return With “Heavy Is The Head” Single 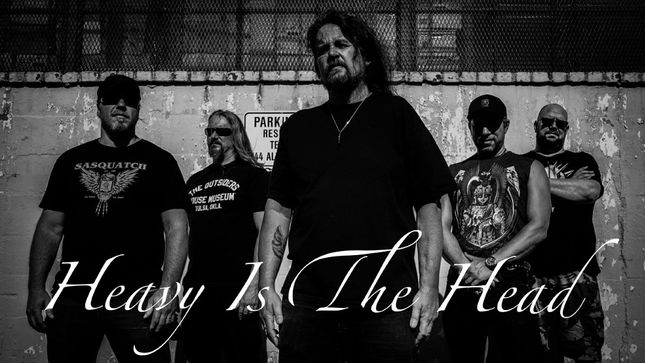 New York-based metal band Damn Your Eyes has returned with a vengeance, sporting a new lineup and an even heavier approach on their brand new single, “Heavy Is The Head.” Check out the new single, premiered through BraveWords, below!

“‘Heavy Is The Head’ is a song that deals with people that think they are top dog,” explains guitarist Artie Alexander. “The narcissistic idea that they can do whatever or say whatever they want about people without receiving any backlash. Be careful what you say about people, especially people that haven’t done anyone wrong but know about all the horrible things you have said and done.”

Formed in 2015 by Artie Alexander and former drummer James Baldassano, Damn Your Eyes immediately hit the ground running. As respected musicians in their local scene with extensive recording experience, the band quickly recorded an EP, released it to local acclaim, and rapidly returned to the studio to record their upcoming international full-length debut, Kill The Outside in 2019. But as the band was building a following, it seemed to its members that there were some missing pieces to the Damn Your Eyes puzzle.

“We needed players that could boost the energy and technical growth of Damn Your Eyes,” Alexander says. “We were kicking around the idea of adding another guitarist for some time, but this band is a family unit and you just can’t bring people in that are good, it needs to be right on every level.”

Enter former Cro-Mags guitarist Gabriel “Gabby” Abularach, who played on the Alpha Omega and In The Beginning releases. “I always though Gabby’s style was better suited for metal than hardcore,” says Alexander. “He’s so well versed and a pure monster as a player. I always told the guys that if we added another guitarist, I would want it to be Gabby.” Alexander’s wish came true when the two met for dinner one night and he discovered that Abularach was planning to leave his band. “On the spot, I asked if he would be interested in playing with Damn Your Eyes. He really liked our music, so he joined us right there in a Mexican restaurant! What a difference and a pleasure his presence in Damn Your Eyes is.”

After searching for a new drummer to complete this powerhouse, Darren Markoff, 24-year veteran of Long Island metal band Korotory stepped in to complete the puzzle. “Darren is exactly what this band needed on so many levels,” Alexander says. “His style is in lockstep with what we are trying to do and is an outstanding individual. We needed someone with the technical ability that also had the groove that is the backbone of this band.”

Damn Your Eyes entered the studio with this bone-crushing new lineup in July to record several new tracks, which will be released individual over the coming months. Consider “Heavy Is The Head” as a warning of things to come from Damn Your Eyes!