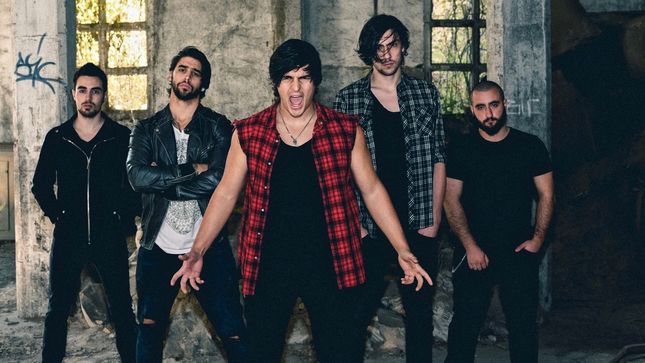 BraveWords is exclusively premiering the music video for "Last Call", featured on Hollow Cry's new album, From Ashes To Flames, out today via Into Records. Order the album at this location, and watch the new video below.

Says the band: "'Last Call' came out from the most stressful period we experienced as a band. We'd just signed with Metal Music Bookings and were asked to produce three new songs for the EPK. In two weeks. We thought we wouldn't make it. Then our drummer bailed out. We couldn't understand why, after so much struggle, he'd quit right when his big opportunity was in front of him. The song is about that, about taking risks in life. It also goes into the duality of day and night, determination and abidance; believing in something so much you're willing to go upstream, or renouncing and following the herd. That contrast is shown in the music video through two opposite backgrounds: a dark, closed space, and a bright, open place."