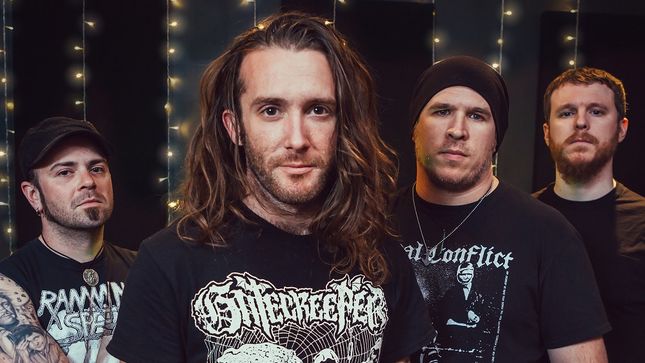 Kings And Liars - the hard rock upstart featuring Nick Bellmore of Toxic Holocaust along with current members of Jasta and Kingdom Of Sorrow have partnered up with BraveWords for the premiere of their first ever music video for the breakout single, “Recently Departed.”

“‘Recently Departed’ was a lifelong goal of combining our love of the infamous ‘blues groove’, sludge-y metal, three part harmonies and a heavy breakdown. For Kings And Liars first video we wanted to avoid a story based video and instead focus on what we do best - play.”  - Guitarist Charlie Bellmore.

Pulling from their pure love of early metal and larger doses of ‘90ss grunge rock, Kings And Liars move past the “classic rock” ear tag driving their sound forward with the volume up and the pedal flat. What began as an outlet for guitarist Charlie Bellmore while he wasn’t touring with Jasta and Kingdom Of Sorrow has now become a burgeoning force on the scene. After playing all across Connecticut and the Tri-State area, Kings And Liars orchestrated the soft release of their 4-song EP teaser titled Machines earlier this year. The EP is part one of three to be released later this year.

Supercharging their way into second half of 2017; Kings And Liars will unveil even more details on their forthcoming extended plays and North American tour dates to be announced. Residents of Maine can catch Kings And Liars live at Geno’s rock club on August 12th in Portland, ME alongside Devils Nite Out and Culling The Herd.