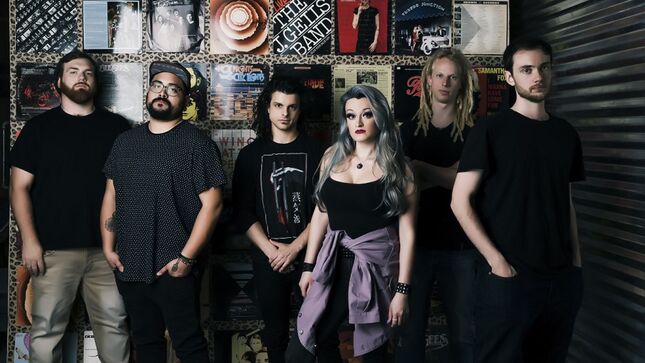 LYLVC’s dual lead vocalists Alyse Zavala and Oscar Romero alternate back and forth between melodic and anthemic choruses and rapidfire introspective verses throughout “Undertow”. The instrumentals kick off with a catchy synth playing the main melody before the guitars and drums kick in to create an energetic and emotional performance that does not let up until the end.

The music video, directed by Scott Hansen at Digital Thunderdome, depicts the members of LYLVC being trapped in an asylum and at one point, literally ‘drowning’. The video directly correlates to the lyrics, showing a visual representation of being stuck at a point in one's life, or ‘drowning’ under pressure that one cannot escape from.

LYLVC recently announced their first cross-country tour, alongside New Years Day. The tour kicks off at Transplants Brewery in Palmdale, CA on October 8 and will cover the southern United States, eventually finishing at Hooligan’s in Jacksonville, NC on October 23. LYLVC will be providing direct support for each date of the tour.

Prior to the release of “Undertow” LYLVC released two singles, “Perfect Drug” and “Heirloom”. They saw early success with the release of their debut single “Perfect Drug”, which has surpassed 1 million views on YouTube, and continued on to release their second single “Heirloom”. Hollywood Life lauded “Heirloom” in their exclusive premiere, “The band delivers an emotionally-fueled anthem for those who are doing their best to keep it together despite all the demons living behind their eyes.”

LYLVC will be releasing more new music this fall.