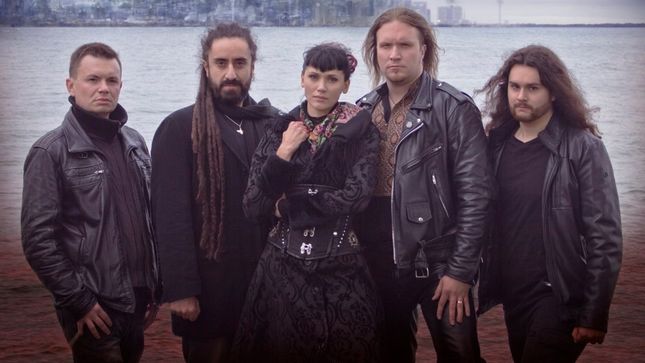 Protokult have been defining folk/pagan metal since 2009 when they released their debut album Ancestral Anthems, since then they have created three additional uncompromising and relentless albums with their fifth, Transcending The Ruins, coming out on October 1, 2020.

Over two years in the making, Transcending The Ruins is a rush, meant to be enjoyed either as a whole journey or at any entry point, the band ensures. Approaching this record with a bit more maturity and consistency, the result is heavier, faster, darker.

Inspired and fascinated by various metal genres alongside folk-culture, after a few years of experimenting, Protokult was meant to fuse the two together while paying homage to the past, Bacchanalian festivities, and honouring the underground.

For fans of Arkona, Korpiklaani, and Nightwish, the record pulsates from start to finish yet incorporates the massive dynamics, ambience, and dashes of folk-melodies that the band has become known for. Before Transcending The Ruins officially releases, the band have teamed up BraveWords for the album's exclusive full stream below. The band comments on the full length's release:

"Transcending The Ruins is an album about growing up and tipping our hats to the great metal influences of the generations. Some can say the industry has been shaken hard and is in a state of flux so as artists we try to outdo ourselves on every performance and transcend what the popular or common standards may be. Everyone is playing on the edge of their ability and no matter whether you listen from start to finish or dive in randomly, that energy and sincerity are everywhere. This is Protokult on speed all the while putting on a professional face, which makes it the most consistent and rewarding album to date."