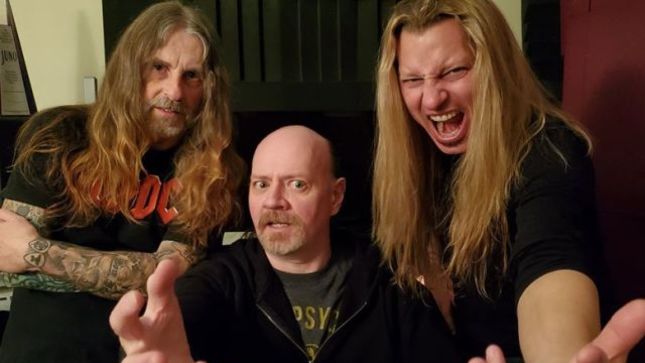 After more than 30 years, Toronto-based Chyld - who were part of the scene that gave us Slik Toxik, Sven Gali, Winter Rose and Slash Puppet - made a comeback in 2019 with a new single, "Burning Alive". This Thursday, July 16th, the band will premiere the music video for new song "Ride Out" at 3:00pm EST. Follow the countdown below.

Walsh: "After a hang with my old friend and Slik Toxik band mate Neal Busby, catching up and sharing stories, Neal talked about how he and another old friend of mine, Pete Dove (Slash Puppet), were resurrecting their traditional heavy metal band from the '80s, Chyld.

That day and conversation led to what you are about to hear and see. A song that I believe was written in 1983 at the height of that 'new' sound called heavy metal is now primed up for 2020. When I had the opportunity to take part, I couldn't pass up feeling 16 yrs old again. Click the link to follow the countdown on YouTube!"