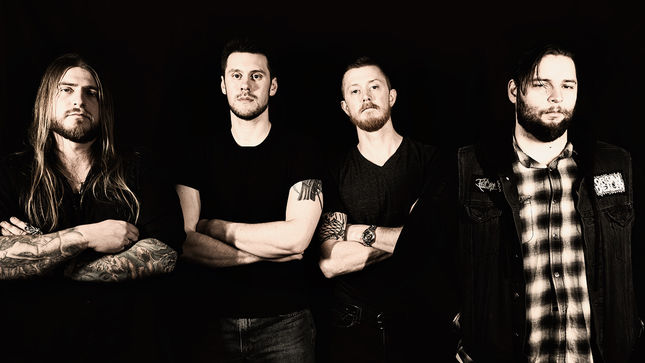 Melodic death metal outfit, Fires In The Distance, have released a guitar playthrough video for "Sundial", a track from their debut album, Echoes From Deep November, available via Prosthetic. Order the album at this location, and watch the clip below:

Over the course of six melancholic tracks, Echoes From Deep November charts a perpetual struggle with mental health and the tribulations of living with deep rooted depression. Each track documents peaks and plateaus of inner torment, internal rationalisation and an ongoing struggle to survive. Additionally, personal experiences witnessing pain and struggle in others feeds into the cacophony of anguish and oppression.

Written throughout 2018 and 2019, Echoes From Deep November was recorded with producer Dave Kaminsky (Infera Bruo, Stone Healer), who the band describe as being like a fifth member. Their desire to capture the organic nature of their live sound has paid dividends; each of the six tracks reverberates with energy and emotion. Haunting artwork by Caelen Stokkermans finishes off the pensive package of melodic doom with a macabre flourish.