FIVE FINGER DEATH PUNCH Guitarist ZOLTAN BATHORY Talks Writing Songs That Reach People - "I Can Write You A Song With Shredding All Over It, But Did It Mean Something To You?" 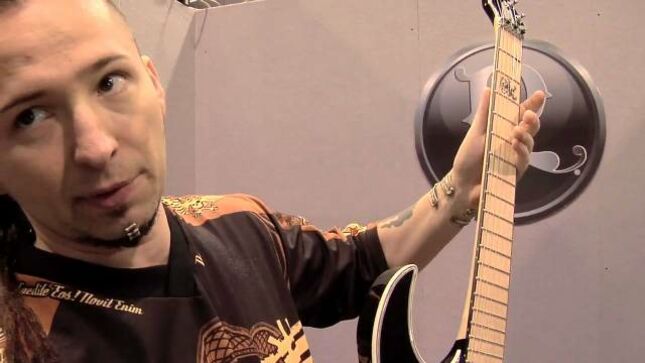 Bathory: "There are so many of these instrumentalists that I'm a fan of, and when I started to learn guitar, I was after that stuff. And I can shred, but then there was a moment where the idea of music and what it is changed in my mind. The whole idea here is that you can create music that you reach people either lyrically by the stories or emotionally. You put them in a certain mood they want to be. This can become their soundtrack to their lives, you will remember where you were when you heard a specific song. It's a time capsule.

So that's what it's really about, and I think it's much harder to create a song that will be a song and still matter 20 years from now. It's much more difficult to do than... I can write you a song with four different time signatures and shredding all over it, but did it touch you? Did it mean something to you? So while I highly respect the musicians who can do that, I think the point of music is really that; to reach people.”

Five Finger Death Punch recently released a lyric video for "The Tragic Truth", featured on the bands recent album, A Decade Of Destruction, Volume 2. Watch below:

A Decade Of Destruction - Volume 2 is available here.

"Wrong Side Of Heaven" (Acoustic):