To celebrate 50 years of ground-breaking progressive rock, Focus are delighted to announce their Focus 50 3CD/Blu-Ray package to be released on April 30 through In Focus Records distributed by Cherry Red Records.

The Coronavirus pandemic forced Focus to postpone their anniversary celebrations from 2020 and Focus 50 will herald a year of celebration which will culminate in the release of a brand new studio album in early 2022.

At the heart of the Focus 50 package are 2CDs and Blu-Ray of Focus Live In Rio, a concert recorded in Nitteroi, Rio de Janeiro, in 2017. The concert features music from across the history of the band from “Focus 1” and “House Of The King,” on their very first album, through the classics “Hocus Pocus,” “Sylvia” and “Focus III” to “Song For Eva” first released in 2017.

The discs are accompanied by a booklet with notes by the band, their long serving engineer Geert Scheijgrond and South American tour promoter Marcel Castro with whom Focus have had a long relationship and who brought together the recording of the show in Rio. The booklet also features photos from the Rio concert showing the energetic and fun side of life on the road with Focus together with personal photos from touring and in the studio - a more intimate view of the band away from the limelight. This captures the essence of the Focus family which includes Geert, Marcel and legendary artist Roger Dean, and is incredibly important to the band. The current line-up has been together since 2016 and has a magical chemistry which manifests into electrifying performances.

Focus 50 is released on April 30 as a 3CD/Blu-Ray with book package through In Focus Records, distributed by Cherry Red Records. Pre-order here. 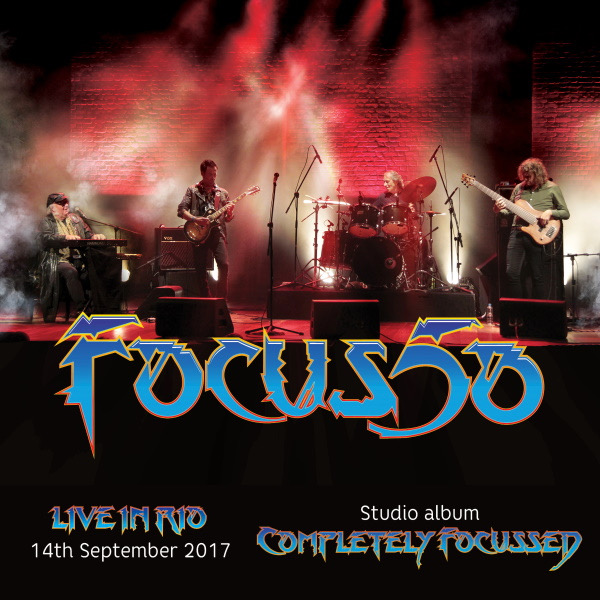 Focus emerged in 1970 with a debut album Focus Plays Focus which became better known as In And Out Of Focus. Their breakthrough came with the worldwide success of singles “Hocus Pocus” and “Sylvia” the early seventies with a line-up which included founder member Thijs van Leer (keyboard, flute and vocals), Pierre van der Linden (drums) and Jan Akkerman (guitar). The albums Focus II/Moving Waves and Focus 3 put the band at the very forefront of the progressive music scene.

Beloved by the student population, Focus’ music fused van Leer’s love of jazz and classical music and he employed a unique vocal style of yodeling and scat, using the voice as another form of instrumentation rather than singing in a conventional style. Focus played to sold out theatres around the world and, at that time, were quite possibly ‘the coolest band on the planet.’

Through many lineup changes across the years van Leer consistently sourced great musicians to join the Focus ranks. Focus went their separate ways in 1978, occasionally reuniting to perform on stage or record together on solo projects. Van Leer officially reformed Focus with a new lineup in 2001 and released the acclaimed Focus 8 album the following year. Pierre van der Linden returned in 2004 while current guitarist Menno Gootjes joined the Focus family in 2010. Udo Pannekeet completed the current Focus lineup in 2016 contributing to the Focus Family Album (2017) collection, which includes re-recordings and previously unreleased material, before the band returned to the studio to record Focus 11 (2018).

Focus are now looking forward to returning to live performance, once the Coronavirus pandemic has been controlled, and sharing their music with their fans - the extended Focus family.