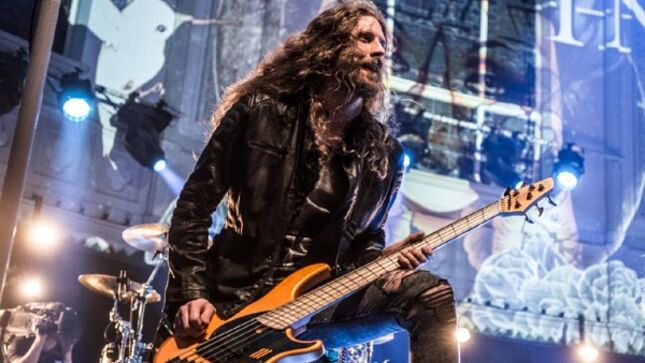 Melodic death/doom metal band Coldbound have revealed the identity of their official full time bassist: Otto Schimmelpenninck. He introduced himself via social media with the following message:

"My name is Otto Schimmelpenninck van der Oije. I started playing bass guitar when I was 15 years old, and have been playing in metal bands ever since. Music, and metal in particular, are my biggest passion in life. I love the touring life, but also love going to concerts myself whenever I’m not on tour. I’ve recorded three albums with my old band Detonation and four with my old band, Delain. Between those two bands I have played between 600-700 shows all over the world, from little pubs to mainstage Graspop, but I never get tired of playing live! I’m proudly endorsed by Dingwall guitars from Canada. I’ve been playing the Combustion NG2 exclusively for the last couple of years.

Pauli approached me for Coldbound, and we had a great click right away. With Coldbound everything feels right for me: I love the style and the diversity of the music, and the ladies and gentlemen are some of the kindest I’ve met in the metal scene. I’m very excited for the future and can’t wait to share the stage with this lovely bunch!"