Former MACHINE HEAD Guitarist PHIL DEMMEL On Playing With SLAYER - "I Got A Text From KERRY KING..." 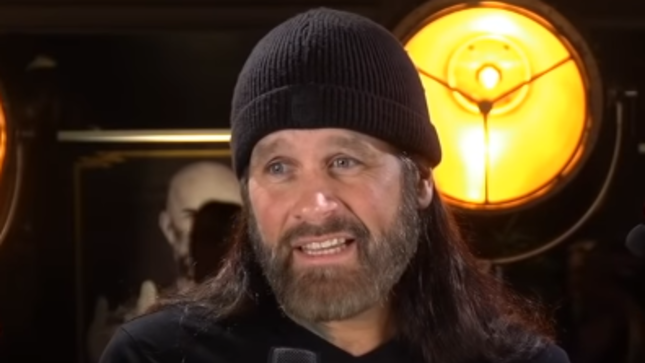 On December 3rd, guitarist Phil Demmel - who had just completed his obligations with Machine Head - made his live debut with Slayer in Copenhagen, Denmark, filling in for Gary Holt, who flew home to be with his dying father.

In the following video, filmed the next day, Demmel explains to Sweden's Metal Casino how he got the gig. Phil says, "I wrapped up the Machine Head tour — I quit Machine Head, did our last show — and the next day I got a text from (Slayer guitarist) Kerry King saying, 'Do you think you can learn 19 Slayer songs and be out here in two days?' So, my wife had been at home with our son and running our business, and I had been gone for two months. And I showed her the text. She was so happy to have me home. So I showed her the text, and she said, 'You've gotta go. You have to go do it.' So I started studying on the plane. And I came out and played my first show (Monday) night. It was so, so cool!"

Fan-filmed footage of Slayer live in Stockholm, Sweden on December 5th - Phil Demmel's second show with the band - can be seen below: