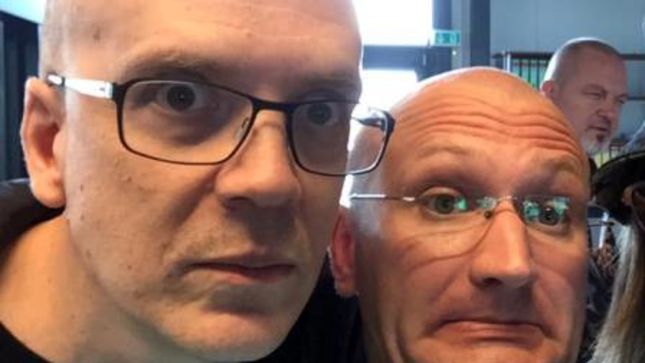 Guitarist/producer and online music instruction guru Henning Pauly (Frameshift) has checked in with the following update:

"If you’ve ever dreamed of two bald guys going at it in depth, then this is the video for you. I mean, getting really deep…. no, wait, I meant TALKING about a variety of issues IN DEPTH, and then there’s religion, culture, pedals, guitars, feelings… are we even musicians?

I had an amazing time with one of my personal heroes.

I want to thak Paul Krömmelbein for rescuing this interview by realizing that the ONLY mic that was still working was not even plugged in and fixing that in the first few seconds…. thanks!"

Earlier this year, Devin Townsend Project played an incredible sold-out show at London’s legendary Royal Albert Hall venue, bringing the story of Ziltoid to life on stage, as well as playing tracks from across his back catalogue. This larger-than-life evening was captured on film and is set to be released on November 13th.

Devin Townsend will return to the UK this October for some special An Evening With acoustic shows. He will be playing stripped down versions of his material, as well as taking fan requests and even a little spoken-word. You can find the full list of dates below:

Go to this location to purchase tickets. 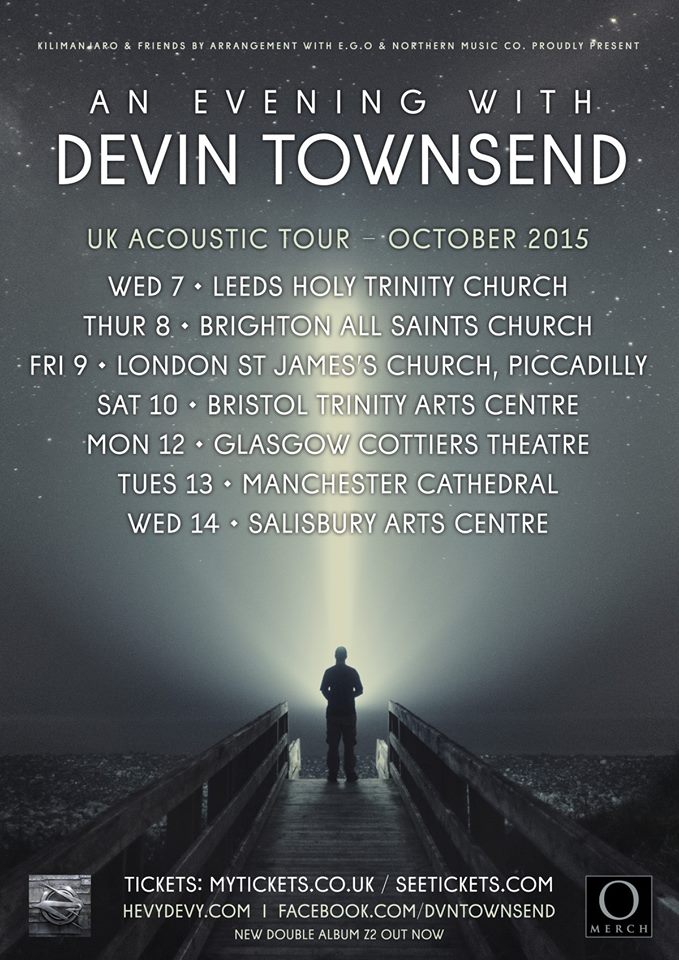 The Devin Townsend Project recently added three shows in Australia to their 2015 tour itinerary. They have checked in with the following update:

"The October 25th show in Melbourne, Australia is now official sold out! We're pleased to announce that a second show has been added for Monday, October 26th."

Their schedule is now as follows:

The Devin Townsend Project recently wrapped up a European tour. Check out fan filmed video from their July 22nd show in Aschaffenburg, Germany at the Colos-Saal: