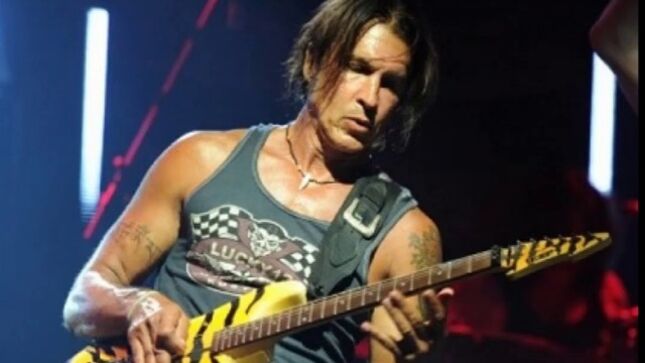 Guitar legend George Lynch (ex-Dokken) is featured in a new interview with Metal Express Radio, found below. During the chat Lynch discusses why Lynch Mob was disbanded, the new covers album Heavy Hitters with Dokken bandmate Jeff Pilson, Lynch’s new band project The Banishment, songs that Lynch didn’t care for, memories of the first Lynch / Pilson album, the status of Sweet/Lynch, Dirty Shirley, and KXM, and much more.

Lynch: "I've got a pretty crowded plate right now. I've agreed to do another Sweet/Lynch record, so there will be a third one, there is a secomd End Machine record that#s finished, and I have an instrumental done, and we just started working on pre-production for KXM four. I've got a lot of stuff out there."