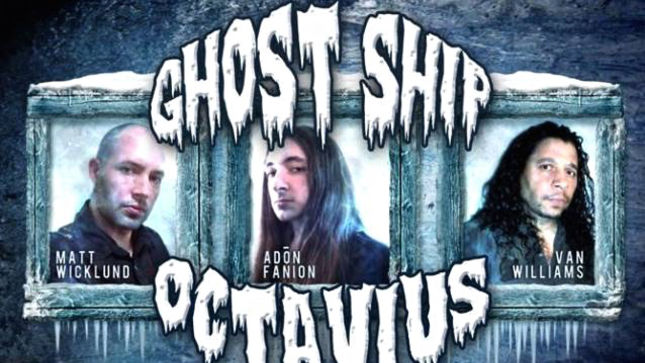 World Entertainment, Ghost Ship Octavius and Infinity Concerts announce the band's very first live performances this December in the Pacific Northwest and North Eastern US. The tour is dubbed the Northern Passage 2015 US tour and marks the first ever shows by Ghost Ship Octavius in support of their self-titled debut release. Check out a tour teaser video below.

Ghost Ship Octavius features a full-time lineup of Matt Wicklund (God Forbid, Himsa, Warrel Dane), Van Williams (Nevermore, Ashes Of Ares), and Adōn Fanion. The band report that their good friend Parker Lundgren of Queensryche will be joining them on this tour, playing additional rhythm and lead guitar. This will allow the band to really fill up the sonic space and give the audience all of the little details, harmonies and layers found on the album.

Ghost Ship Octavius is beyond excited and hopes to see all of their fans (the GSO crew) at the shows. Guitarist Matt Wicklund states, "It's been a long time coming and I couldn't be happier that we are finally making our live debut and doing this run of shows! This is just the beginning for us and we will be working hard to bring Ghost Ship Octavius to stages worldwide through 2016 and beyond."