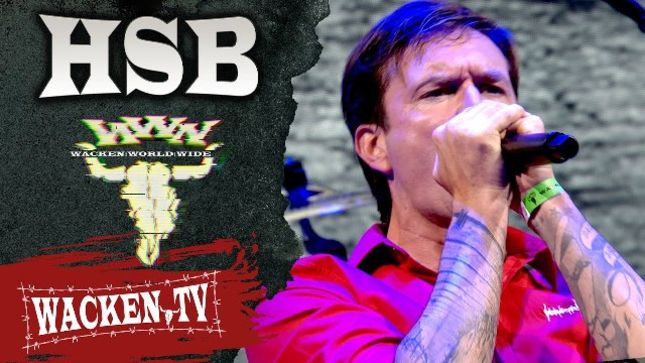 German metal core giants Heaven Shall Burn were the very first band to play Wacken World Wide's XR-Stage. Check out the clip below featuring "Endzeit", "Hunters Will Be Hunted" and "Combat".

Heaven Shall Burn’s new double album, Of Truth And Sacrifice, was released back in March via Century Media. Order the album here, and watch a guitar playthrough video for the song "Thoughts And Prayers" below:

On Of Truth And Sacrifice you can look forward to their trademark sound, more unusual tunes and atmospheric strings that the band fleshed out with Sven Helbig and recorded with conductor Wilhelm Keitel in Minsk. On top of roughly 100 minutes of music on the regular album the limited editions come with a 80min documentary, “Mein grünes Herz in dunklen Zeiten“ (“My Green Heart In Dark Times“), by renown producer Ingo Schmoll who followed the band for almost a year in order to get to the bottom of the phenomenon Heaven Shall Burn.

“My Heart And The Ocean” video: