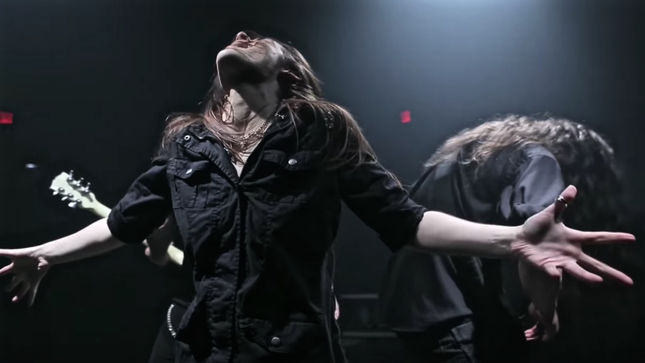 Sacramento, California-based science fiction power metal band, Helion Prime, is the newest addition to the AFM roster. The group, founded by guitarist Jason Ashcraft, is active since 2014 and issued a self-released debut CD in 2016.

AFM Records will officially release the album, titled Helion Prime, on February 24th worldwide. A video for the album track, "Life Finds A Way" can be found below.

Says guitarist Jason Ashcraft: "I am not even sure where to begin when it comes to expressing how I feel. There are many times in your life where you reach a moment and realize things will never be the same. This is exactly one of those moments. Myself and Helion Prime are extremely thrilled to be joining the AFM family and calling them home. The amount of support, enthusiasm and confidence they have shown the band means everything to me. When we were first approached the band was in a state of uncertainty having just lost our singer but they still believed in us and worked with us through it. Now having a complete line up again and half way through writing the sophomore album I am ready to take these next steps with AFM. I look forward to the future and everything that it brings."

Just recently, Helion Prime announced Kayla Dixon as their new vocalist and the band has already started working on new songs for a sophomore album.