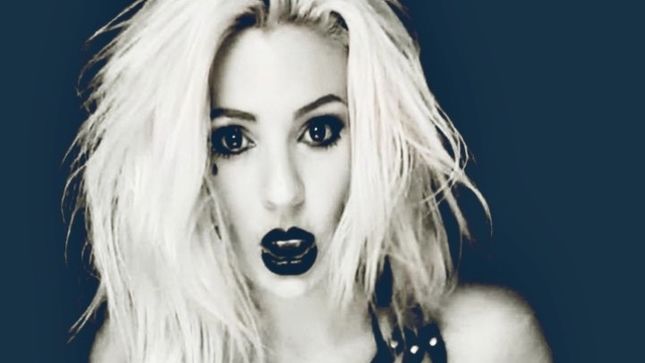 Rising star, Australian singer Hellz is proud to announce that she has signed a label agreement with R.I.N.D Records. Hellz is looking forward to a great year ahead working with the R.I.N.D Records team to further develop her future within the music industry.

R.I.N.D Records is a Multi National Recording and Label Company. CEO/ Thomas Hooks describes the label as having a family like atmosphere that embraces a fresh unique approach looking at artists based on their abilities to grow and develop. "We look at talent and help them grow to their full potential with new marketing strategies, allowing artists the time to produce a quality product that we all can be proud of." 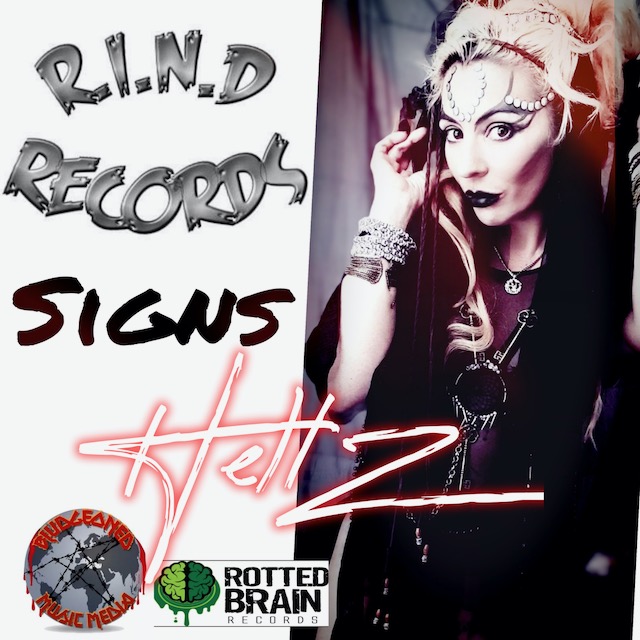 Hellz second single, "Desire", was released on December 24. The single followed hot on the heels of debut single "Sinner". Both singles were very well received internationally showcasing the songwriting and powerful vocal talents that Hellz possesses.

Hellz is now focusing on writing and recording her debut EP, which will see a release in early 2020 with R.I.N.D. This release will further exhibit her powerful rock voice which boasts a versatile vocal talent that features an impressive 6 full octave range. Once the EP is completed touring will be on the horizon both in her native Australia, as well as internationally. 2020 is going to be one Hellz of a year!

Performing is in the blood of Hellz. As a young child Hellz was spotted and mentored by her dance teacher Ross Hutchison, a successful dancer/choreographer known for his dance performances alongside Liza Minelli and Sammy Davis Jr and choreography for the great Benny Hill.
Her father is a former session musician on the 60s and 70s British music scene. Together they performed as Wooky Hollow for over 10 years performing alongside well known Australian artists such as Johnny Diesel and Mark Seymour from Hunters and Collectors.

Hellz has and is continuing to work alongside various well known international artists including Iron Butterfly’s Steve Feldman, and  Gorka Alegre.