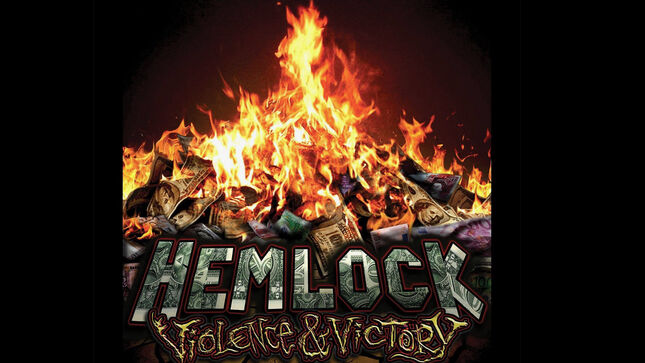 Las Vegas-based metallists, Hemlock, have announced that they will be hitting the tour trail once more starting in mid-October, as part of Violence & Vic-Tour 2021. Having already shared the stage with some of metal’s biggest names (Slayer, Ministry, Rob Zombie, Slipknot, Megadeth, etc.), the autumn run of dates will stretch through at least late November - as more dates are sure to be added.

The dates will be in support of not 1 but 2 albums the group released on the same day this past February – KARMAgeDDoN and Violence And Victory.

Chad Smith: “Hemlock is beyond excited to be headed out on tour again! We missed everyone so much the last 2 years. We are ready to deliver the brand new Hemlock songs live along with the classics. We can't wait to headbang and smile with all of you every single night again.

“Hemlock had more unexpected free time than ever before...so we stayed focused and positive and wrote/recorded 22 brand new songs of heavy metal and hardcore groove anthems of truth and optimism! Our 2 new albums Violence & Victory and KARMAgeDDoN are by far the best material we've done to date. There were no rushed deadlines... no crunch time in the studio... just pure unadulterated Hemlock to the fullest. And it turned out sounding bigger than life because we had the legend Logan Mader mix and master the albums!”

A video announcing the tour dates can be found below.