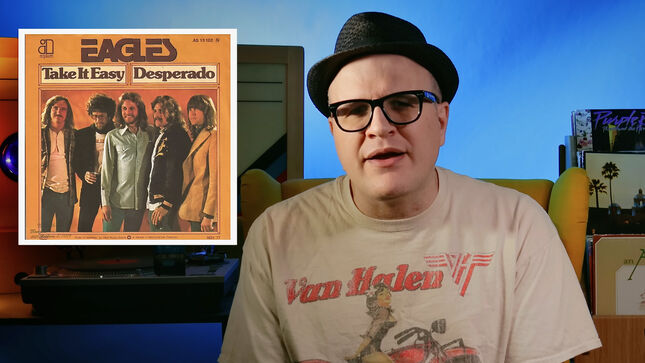 "In 1971, up and comer Jackson Browne was working on his ‘all important’ debut album, and decided he needed to get out of L.A., and take a road trip to visit the Hopi Reservation in Northern Arizona, to clear his head and discover inspiration for new material. He got as far as Winslow, Arizona, when his old Willys Jeep broke down - stranding him for two days. It could’ve been a frustrating ordeal, but instead, Jackson turned an engine-troubled adventure into an American rock standard called 'Take It Easy' and with a little help from a future hall of fame buddy named Glen Frey, who lived upstairs in the same apartment complex, it became the Eagles first huge hit. With one of the greatest opening lines in rock history, as soon as radio played it, the 70s officially kicked off. With the smooth harmonies of the other band members like Don Henley. Randy Meisner and Bernie Leadon country rock was born. The story of this endearing rock classic is coming up next on Professor Of Rock."