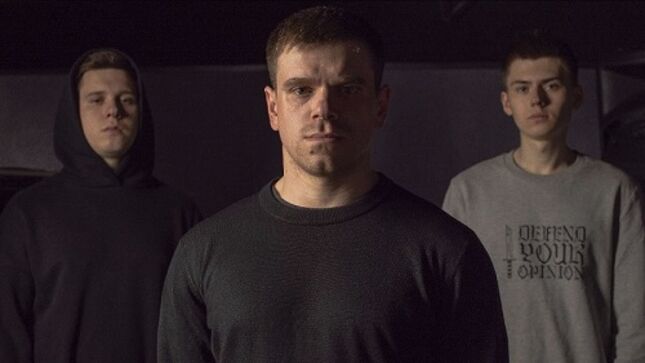 Gore House Productions recently announced that they had signed Russian exponents of savage brutality, Insect Inside, for the 2021 release of their debut album, The First Shining Of New Genus. Now band and label are ready to unveil the first rotten fruits of their new alliance, with the lead single from The First Shining... grit your teeth and hold on tight, it's time for "Posthumous Grief"!

"Posthumous Grief" is definitely one of the stand out tracks from The First Shining Of New Genus, and it features a guest vocal performance from Kevin Muller of The Merciless Concept. Kevin is a hugely respected vocalist in the brutal death metal scene, who also sings with Soils Of Fate and has performed guest vocals for Suffocation. Also appearing on The First Shining... album are Roman Vlasenko from Abnormity and Kirill Nazarov from Decomposition Of Entrails.

The band have shared a few words to give you an idea of what to expect: "Our album is a symbiosis of several subgenres of brutal death metal. You will hear insane blastbeats, atmosphere, slamming riffs and technical riffs inherent in technical death metal, and of course ultra brutal guttural with old school growling. Our members love all death metal, from Ulcerate and Gorguts to Last Day Of Humanity, which is why on the album we tried to come to a common denominator through the theme of an ancient and undersoil swarm of insects that woke up in order to devour humanity and revive their population! Our goal is to get the listener to move to the beat of our slam grooves and just enjoy full quality brutality!"

The First Shining Of New Genus will be unleashed on February 19th 2021 and pre-orders are live now at this location. Cover art and tracklisting are as follows: