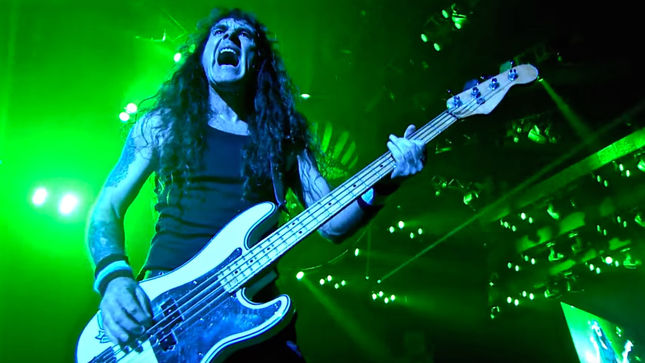 Due to overwhelming demand, Iron Maiden have added a second night at Brooklyn’s Barclays Center on Saturday, July 22nd. Tickets go on sale Saturday, February 25th, at 10:00 AM EST via TicketMaster.com.

The extra date in Brooklyn on July 22nd will be the final chance for Maiden fans to witness The Book Of Souls Tour as it’s two-year, round-the-world odyssey, which began in February 2016 in Florida, comes to a close. By which time, the band will have played 117 shows to well over 2 million fans in 36 countries across six of the seven continents, travelling well over 100,000 miles.

Tickets for the North American 26-date, June/July second leg of The Books Of Souls Tour went on sale a little over two weeks ago on Friday, January 27th, and were speedily snapped up by Maiden fans with well over 200,000 tickets being sold across the opening weekend alone. The Brooklyn show, the band’s first-ever visit here, sold out rapidly with the neighboring Philadelphia and Newark shows already close to selling out as well. There’s been particular fan frenzy in places the band has not played for many years such as Minneapolis which is already sold out with Oakland and Tampa the next to go.

To mark the very end of the tour Maiden has used its coveted city-specific event shirt art upfront of the show.  The art, by long time collaborator Herve Monjeaud, features Eddie playing havoc with the iconic Brooklyn Bridge amidst hordes of global Maiden fans arriving to witness the event.

Fanclub members will be given the option of an exclusive pre-sale for the 2nd Brooklyn date, along with the chance to enter in the draw to be First To The Barrier, details of which can be found at Ironmaiden.com.

Ghost will open all shows for the North American leg of The Book Of Souls World Tour.

After great feedback to last year’s North American trial of the concept, Maiden fans will again be able to enjoy a Trooper VIP Upgrade package that will allow them early access to the venue, a pile of Trooper goodies and Maiden swag, Trooper beers, food and a designated area to meet with other fans, plus the opportunity to win some great prizes. For more details visit Troopervip.com. 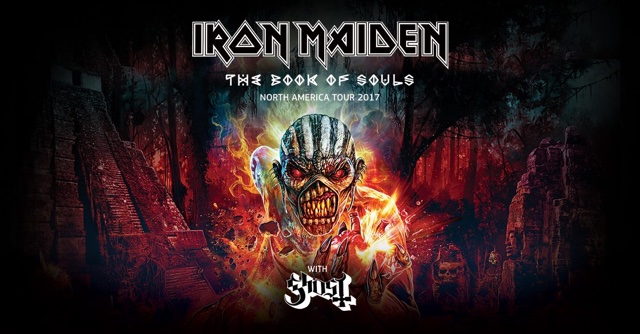