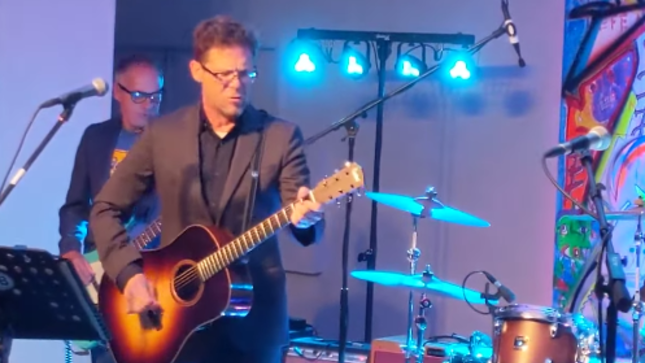 Back in March 2019, Jason Newsted - who played bass for Metallica from 1986 to 2001 - and The Chophouse Band played a benefit show at the Lighthouse ArtCenter in Tequesta, FL.

Newsted has uploaded video of their take on Johnny Cash's "Big River". Watch below:

Previously released footage of Newsted and crew covering "Cocaine Blues", famously performed by Johnny Cash at his 1968 Folsom Prison concert, the Neil Young classic, "Rockin' In The Free World", and Tom Waits' "Jockey Full Of Bourbon" can be seen below: