JEFF PILSON On DON DOKKEN's Negative Reaction To Heavy Hitters Covers Album - "While I Still Love Don, I'm Not Doing This To Please Him" 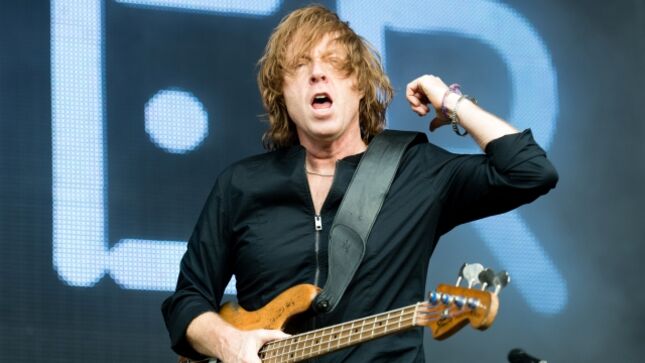 On a newly published edition of the Rock N' Roll Icons podcast with Bode James, bassist and producer Jeff Pilson (Foreigner, Black Swan, ex-Dokken) commented on the possibility of another Dokken reunion, vocalist Don Dokken's opinions of the Heavy Hitters record Pilson recently released with guitarist George Lynch, and more. Check out the interview below.

Pilson: "I wouldn’t expect Don to say something nice about someone he views as competition. I don’t view Don as competition at all. Were all musicians trying to do our thing. While I still love Don, I’m not doing this to please him."

On a possible Dokken reunion (again)

Pilson: "The door that’s open is the making of another record. I personally would love to make a final Dokken record that we all can feel good about. Hopefully we’ll get that chance."

Don: "No offense, they are good songs, but those are vanilla tunes. They must be really bored. But, everybody's got their mantra; everybody's got their financial things, I guess. If a record company is willing to give you money to put out pablum, then put out the pablum, but I hope my standards as a songwriter are a little higher than that. If I'm gonna do a remake, I'm gonna do something that was super cool, like 'Paint It Black' by The Rolling Stones, or 'Revolution' by The Beatles, or something that's awesome. I don't get it. I don't know what's going on with those guys."