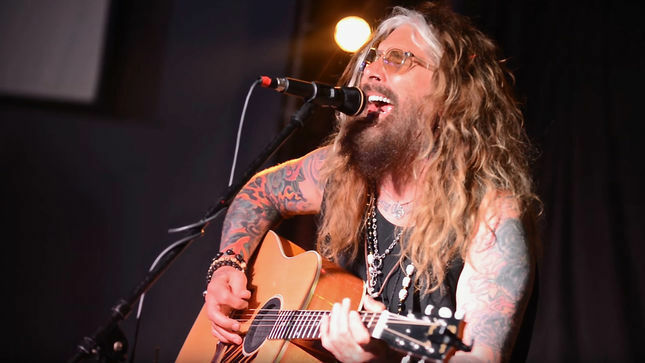 Vocalist John Corabi (ex-The Dead Daisies, ex-Mötley Crüe) guested on The Chuck Shute Podcast for a career spanning interview. During the conversation he discussed turning down offers to audition for Skid Row and Britny Fox, The Scream, two unreleased songs he recorded with the Crüe, his new autobiography, his time in Ratt, playing covers with Jerry Cantrell, and more.

On the unreleased Mötley Crüe tracks

Corabi: "There is a song called 'The Year I Lived A Day', and then 'La Dolce Vita'... we wrote that one, that was just jamming. And again, it was just like 'La Dolce Vita', it was an odd tune. It was - if this even remotely makes any sense to anybody - it was 'No Quarter' by Led Zeppelin meets something from Dark Side Of The Moon, Pink Floyd meets Mötley Crüe, if that came in. It was just like this, literally seven minutes song, and all these volume changes. It was really mellow and it would get really heavy, and then it would come back down again. And then it would go to the left and then guitar riffing, and then come back down again, and back up. Iit was this really long, epic song. When I left, I turned in all my tapes and everything to the band, and I and that was that."

Corabi's autobiography is titled Horseshoes And Hand Grenades, and he spoke with the Thunder Underground podcast about it, saying "It literally goes from my birth, back to the very beginning. It talks about my side of the family and my mom's, and the neighborhood I lived in, and just everything. It explains (the song) 'Uncle Jack'. If you're familiar with the Mötley record (from 1994) you know that was about my uncle, and it goes through all of that shit. Marriages and divorces and infidelities, and then the bands as well. What I was going through trying to get a record, and once I got the record deal. So it's not just focused on Mötley or one band; it's literally my life from front to back, right up until now. Leaving The Dead Daisies to pursuing my solo career (again), making John Corabi a brand or a household name. And there's no punches being pulled. I know I'm being honest. I know there's a few people I'm probably gonna piss off a few ex-wives and whatever, but fuck it. It is what it is. It's honest."