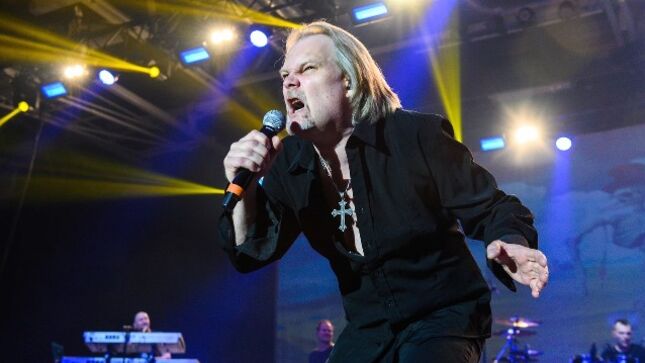 Vocalist Jorn Lande (Avantasia, Masterplan, Allen/Lande) recently released a new single, "Faith Bloody Faith". The song is Jorn's entry into the battle to be Norway’s contribution for the European Song Contest 2021. He has checked in with the following update:

"We are really overwhelmed by the massive movement and support regarding our participation in the Norwegian Eurovision (MGP)!  'Faith Bloody Faith' is becoming a hit in its own right, not just for being a good song, but also because of YOU! The song is getting a lot of airplay not only in Scandinavia, but all across Europe!

You all rock! Thank you, and much love to you all."

Check out the official video for "Faith Bloody Faith" below. The song is available via Spotify here.

Jorn recently unearthed an old lyric video from a broken hard drive that was never released. Watch the clip for "Burn Your Flame" (Extended Version) below. The original version of this song appears on his album, Spirit Black, released in 2009.