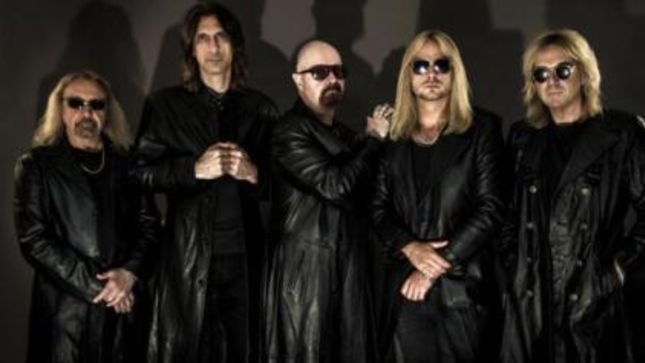 Talking about the progress of the songwriting and recording sessions for JUDAS PRIEST's follow-up to 2014's Redeemer Of Souls album, Richie stated: "I just flew straight back out of the U.K., straight to Sweetwater. We've just been in the studio for a couple of months putting songs together. We haven't started the recording process yet, but we're recording demos; we're recording songs that work without the production to save them, if you know what I mean. But the core value… We're putting down some grassroots ideas and fleshing them out for the next Priest record. So we're gonna go into the studio to start recording in January. So it should be out sometime next year. But we're not touring next year. So we're gonna be touring, hopefully, in 2018."

Judas Priest - A Metal Gods Scrapbook collects Neil Daniels’ best writings on the band from over the past decade. This collection includes interviews with K.K. Downing and Glenn Tipton as well as founding singer Al Atkins and a plethora of interviews, reviews and articles.

This book is a reference tool for die-hard fans with tour dates, setlists, discographies and much more. This is not a biography but a headbanging guide to the band’s incredible career and legendary status in heavy metal as the genre’s second founding fathers.

A Metal Gods Scrapbook collects a decade’s worth of writings on the Metal Gods, Judas Priest. It is a book on metal for metal fans.