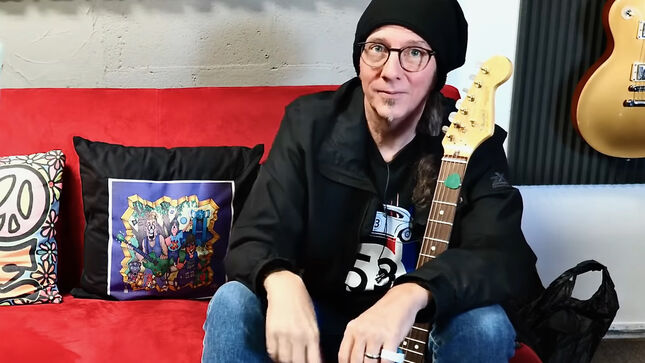 King's X will release their new studio album in 2022, and in the new video below, guitarist Ty Tabor reveals more details.

Says Ty: "We're finished, we're done. We're already working on artwork, already turned in all the credits and all that stuff, so it's a done deal."

Asked if there's a title for the record, Tabor adds: "There is, but I'm not gonna say it yet, because before there is a final, final art on something, everything is subject to change."

Says Pinnick: "Yeah, in 2022. It’s done as we just mastered it. It was recorded 100% analog except for ProTools. It was mixed and mastered on analog equipment, and sonically it’s a masterpiece! This is Kings X White album! It’s like The Beatles album with different sounds all over the place and sonically excellent."

Stay tuned for further updates on the band's follow-up to XV, their previous studio album, released in 2008.

King's X previously revealed that they were forced to move their 40th Anniversary Shows to 2022, due to "the state of things and the constant uncertainty of touring".