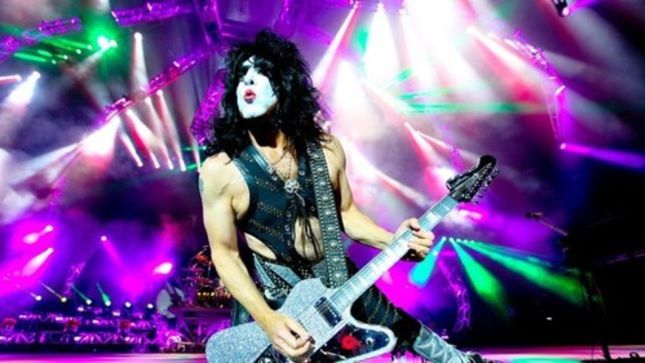 Songfacts: How do you think KISS managed to last 40 years?

Paul: "I think that clearly we're a little bit more insightful, a little brighter, a little bit more motivated, and also know how to achieve the goals that we set for ourselves. And somehow, for some people, that's counter the rock mentality, which is somebody else's loss. I didn't do this either to become a dead legend or to wind up working in a car wash talking about my hit record from 10 years ago."

Songfacts: Does your show change when you go out on tour?

Paul: "Coke ran into a big problem when they came up with New Coke. Why do you need New Coke if Coke is selling? If you want Pepsi, you can buy it. So I think for our fans, they want something that's identifiable. You could say brand identity, I say band identity. You want something that immediately harkens back to the beginning in some way or fashion. In fact, we're always moving forward. It's 40 years on. But to assume a new identity every time we go on tour would be completely counter to everything we're about. We are as we appear."

KISS have added more shows to their 40th Anniversary Tour 2015 schedule with dates in Bogota (Colombia), and Barcelona and Madrid (Spain).

The band's itinerary is currently as follows:


Go to this location for ticket links and information.