KISS’ Gene Simmons And Paul Stanley Report On How Much Action Goes On At Comic Con; Video 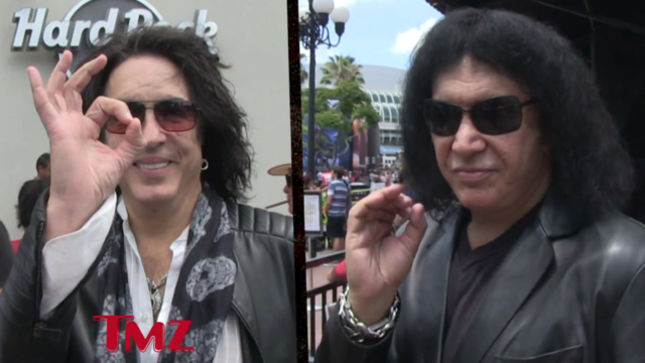 TMZ asked KISS bandmates Paul Stanley and Gene Simmons how many babies does they think get conceived during Comic Con? Paul and Gene obviously don’t think anyone’s getting any action because they both say “zero”. Watch the video below:

KISS takes center stage in the latest Scooby-Doo full-length animated film, Scooby-Doo And KISS: Rock and Roll Mystery, set for release by Warner Bros. Home Entertainment on July 21st. The new song KISS recorded for the movie is "Don't Touch My Ascot" and it is streaming below: