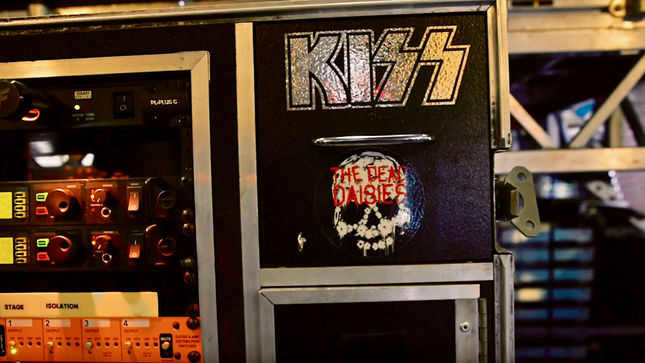 Hughes & Kettner met up with the KISS team during the band's Europe 2017 summer tour. Guitarist Tommy Thayer has been playing his signature Hughes & Kettner Duotone amp for years, so they took the chance to ask Tommy's tech Mark Newman all about his rig.

“Mark's been around the world and worked as guitar tech and stage manager for some massive names - from the late, great Chris Cornell to Billy Gibbons of ZZ Top - so he has some great stories to tell. Oh, and we took a sneak look at Tommy's guitar collection too.”

Hughes & Kettner met up with KISS guitarist Tommy Thayer before the band's 2017 show at Frankfurt Festhalle in Germany. Tommy discusses shows, fans and gear in the video below.

“Tommy has played H&K amps for years, and we chatted about his signature Duotone, TubeMeister, the current KISS tour and how hard-working the band still are after all these years. Enjoy! (By the way, when we shot this our new era 1 acoustic amp wasn't out yet, which explains Rich's shock as Tommy picks it up!)”