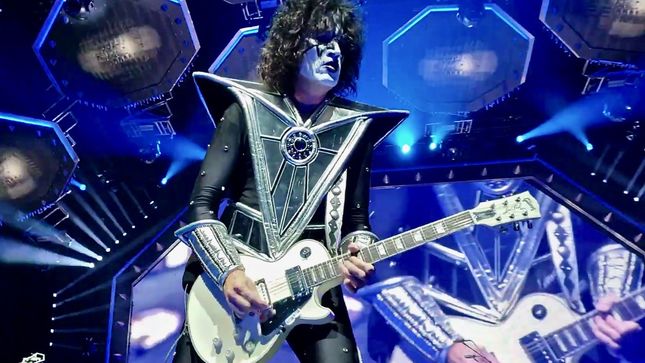 KISS launched the first leg of their massive End Of The Road World Tour last night (Thursday, January 31st) at Rogers Arena in Vancouver, BC. The band have released this footage of guitarist Tommy Thayer performing the solo in "Love Gun":

In another official clip, Paul Stanley flies across the venue during "Love Gun":

A gallery of photos from the concert can be found at Vancouver Sun, while fan-filmed video, courtesy of YouTube user "qsysopr", can be found below.