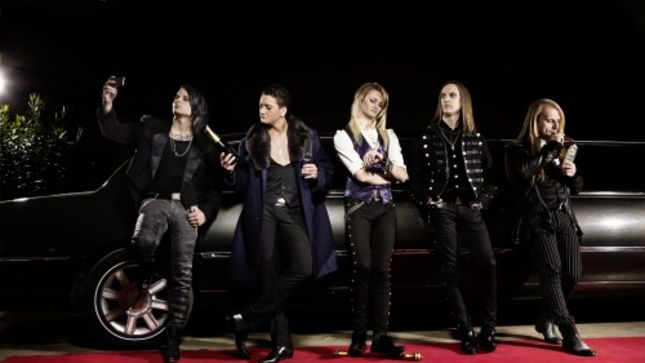 German rockers Kissin' Dynamite released their new album, Megalomania, via AFM Records on September 5th. A new album EPK, as well as a lyric video for the track "Fireflies" can be found below.

The band recently announced dates for their Megalomania Over Europe 2014 tour. Check out a tour poster below. For updates go to this location