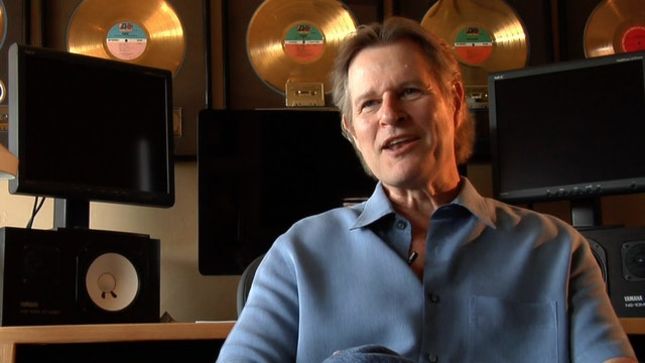 Richie Waddell from Focus On Metal caught up with legendary producer Beau Hill who spoke about working with Ratt and Twisted Sister in the ‘80s. Here are a few excerpts from the chat that can be found here.


Focus On Metal: When you did Dancing Undercover and you finished it did you think you were finished working with Ratt?

Hill: “Yes, Dancing Undercover was a difficult record to do for a huge variety of reasons but I thought it was over at least with myself and the band so that's why I didn't start Reach For The Sky."

Focus On Metal: Were you on good terms with any of the band members when you finished Dancing Undercover?

Hill: "The one person I remember I was on really bad terms with was (Bobby) Blotzer. Robbin (Crosby) and I always got along, but he was starting to have issues of his own that was making him a little weird, Stephen (Pearcy) and I were in good shape. Juan (Croucier) had some misguided issues with me that were uncovered pre-Reach For The Sky."

Focus On Metal: Was Robbin the leader of the band?

Hill: "From my perspective absolutely, now depending on who you talk to there was always controversy amongst the Ratt members. Sometimes they liked each other, often times they disliked each other and I mean intensely and that spilled over into the studio and I had to be the janitor and come clean up the mess as best I could."

Focus On Metal: Other then Stephen who was the most difficult to get a performance out of in the studio?

Hill: "Blotzer. He was a hard guy to work with. Sometimes it was very unpredictable, some days he would come in and really nail it and some days he wouldn't. Warren was 90% always great and Juan was too, he was a very good bass player. The biggest issues I had were with Blotzer but we tried to get most of the issues ironed out in pre-production so it wasn't costing everyone a fortune in the studio while we sat around and had mindless debates about ridiculous things."

Focus On Metal: Tell me about the phone call from Doug Morris?

Hill: "He said I need a favor, I want you to do Ratt and I said I thought Mike Stone was doing it. He said he heard some roughs and his quote was 'they sound like a Holiday Inn band.' So I said 'ok, I will do what you want me to do.' I listened to the roughs and we talked and I said what are my rules of engagement here and he said 'do whatever the fuck you want.'"

Focus On Metal: Rock Candy records re-released this album a few years ago and Warren said in an interview in the liner notes that he was one of the guys who wanted to work with Mike Stone, did he ever say anything to you when you came back?

Hill: "Not directly. One of the issues Warren had with me when he found out I was finishing Reach For The Sky and we went out and had our little dinner he divulged something he had been wrestling with for the previous 3 albums and I didn't realize it. Warren when we first started was 18 or 19 years old and he was talking to one of his muso buddies way back then and I want to point the finger at someone in Motley Crue but I can't back it up. The long and the short of it was whoever Warren was talking to gave him a boatload of incorrect information so they told Warren that the reason I liked to work the way I worked was it was saving money on the project and I was keeping the money. In Warren's mind Atlantic would write me Beau Hill a check for $150,000-$200,000 and I got to keep whatever was left and he finally said that to me at dinner and I said are you out of your mind, Atlantic doesn't write me a check ever, all I do is submit a budget and then Atlantic write the check, then I get my advance and any money I save goes to the band. So he had that stuck in his head for all those years. I was never a popular person when it came to scheduling, Warren in particular thought I was pocketing money I never saw in the first place."

Focus On Metal: Who do you think was most ecstatic to going back to your way of working? Stephen?

Hill: "Maybe Stephen, but being completely honest with you I don't think any of them were. They knew their backs were up against a wall, they tried to do something different hoping they would get a great result and the record company rejected it. They were given an ultimatum, Beau is going to fix the album and if you don't want Beau to fix it, here's your walking papers and best of luck."

Focus On Metal: You did four records with Ratt, where would you rank Reach For The Sky?

Hill: "I would rank that pretty high, I would rank it number two, my favorite Ratt record was Invasion."

Focus On Metal: When they did Detonator was part of you waiting for the phone call to go in and rescue that?

Hill: "No, I was busily putting together Interscope Records at the time so no. I wouldn't have done it and the other thing was the Nirvana effect I was painfully aware of and so if I could have recorded Soundgarden I would have but I think Detonator went down in flames the same way that Pull or Push from Winger went down in flames, the audience had moved on and I knew that was happening."

Focus On Metal: I know you mixed a solo track from Stephen a few years ago but is there any contact at all with the other three guys in the band?

Hill: "Zero. Well I got one cryptic e-mail from of all people Juan who was one of my largest detractors over the years and he said and it was a strange e-mail, he said Blotzer is suing me and my lawyer wants me to see if you will give a disposition or something along those lines and of course I ignored it. Every now and then Stephen and I will chat on the phone, we actually maintained a good relationship over the years."

Focus On Metal: Was Love Is For Suckers sold to you as a Dee album or a Twisted Sister album?

Hill: "You know, I knew you were going to ask me that question and to be completely honest with you I don't ever remember it being pitched to me as a Dee solo album and I have been asked that question before and have read that before. The last time I spoke to Dee, I should have asked him."

Focus On Metal: When Dee played the songs, the demos, did you like them all or did you think they needed a lot of work?

Hill: "The biggest problem if memory serves that I had starting the project was I thought the guitar playing in general was pretty weak and you know Dee and I had a serious chat about bringing in people to help out with that and once that took place then a lot of the other structural issues took care of themselves."

Focus On Metal: Reb Beach told me in an interview that his playing is all over the record. How much of the guitar playing on the record is his and how much is the Twisted Sister guys?

Hill: "I would say Reb is right and I would say he's right in a conservative way. I think Reb played everything, I got him to play solos and the rhythm parts and then I got the Twisted guys to play. I wanted to have all that information so I could go song by song section by section and select the strongest and most compelling performance regardless of who it was and wherever I could I wanted to use the Twisted guys but the simple truth of the matter was that Reb is such an incredible guitar player even the simplest of parts if you listen to side by side you have to say his one is a little better then the guys from Twisted. I would say Reb easily played on 90% of the record."

Focus On Metal: Were Eddie (Ojeda) and Jay Jay (French) aware Reb had tracked guitars when they came in to do it?

Hill: "At some point we went public with it, if memory serves Jay Jay wasn't there that much. We didn't make a secret of it that we were bringing in other people, perhaps it was sold to them that someone was coming in to take care of the solos and it morphed from there"

Focus On Metal: Was it a relief to work with someone like Dee because he was completely sober, doesn't drink or do drugs. You had worked with a few bands before then who liked their extra curricular activities.

Hill: "Listen, I loved working with Dee for a variety of reasons. He's an unbelievably intelligent guy and he's one of the most underrated singers from that ilk. He's a very funny guy, really intelligent and very serious that has probably the most underrated rock voice out there. I was constantly surprised, I would say can you sing this and he would do it and I was like....wow."