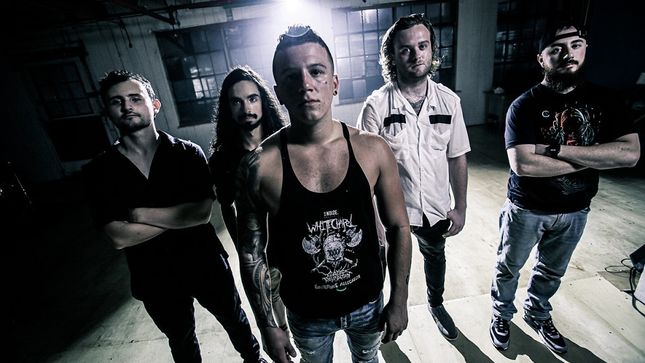 “Making this video truly helped us emphasize what we want the people to understand. One bad decision can last for generations,” says the band.

Letter Of Marque was founded over the summer of 2016 by Matt Gund (Vocals), Vinny Antonelli (Rhythm Guitar), and Jeff Pritchard (Cello/Lead Guitar). The band was originally called "Out In The Open" due to the bands very "out there" style of metal. After cycling through a few other names, the band decided "Letter Of Marque" was the best fit. This decision was solidified when vocalist Matt Gund got "Letter Of Marque" tattooed on his ring finger in April 2018, essentially becoming married to the band.

Griffin McCarthy joined the band as the drummer at the start of 2017. We knew after just one practice that he was a perfect fit for the band. He is still with us to this day, and continues to shock the band with his talent on not only the drums, but piano as well.

In November 2018, the band finished recording their debut album Outbreak at Westfall Recording Studio, which was released in June 2019. Reese Ortenberg recorded all bass tracks for this album.

In July 2019, Derek Lankeaux joined the band as the bass guitar player.