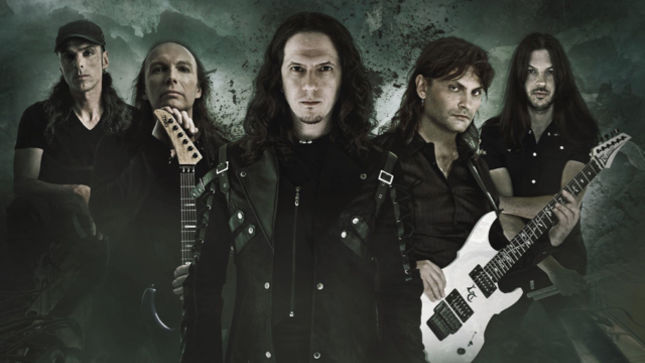 On April 26th, the creators of cinematic metal, Luca Turilli’s Rhapsody, will embark on a 2016 North American co-headlining tour with German power metallers, Primal Fear. The tour launches in Hartford at the Websters Theater, hits four Canadian cities as well as Chicago, Los Angeles, and Baltimore, before concluding at Mod Club in Toronto, Canada.

"We are all extremely excited and looking forward to playing a memorable show in New York on April 28, 2016", commented Luca Turilli. "It will be a true honor to co-headline that special evening with our friends of Primal Fear. And that will be just the beginning, as the two bands will bring their glorious music across US from the east to the west coast. Many more dates will be announced in 10 days. Stay tuned!"

Advanced tickets for the confirmed dates are now on sale exclusively at Enterthevault.com as well as at all other ticket outlets.