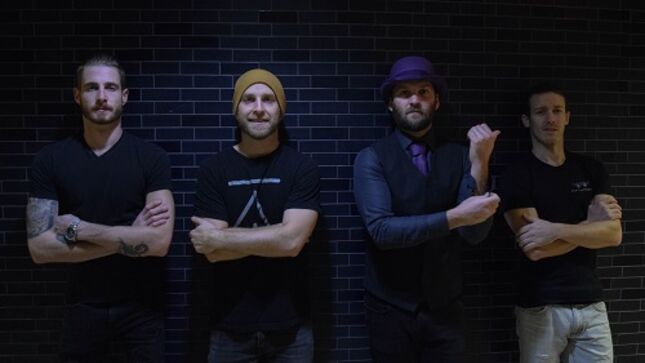 Canadian rockers Lucky Monkey have just released their debut full-length album, Evolve, whch can be streamed at this location, and also enjoyed in the video below.

Formed in 2016, Lucky Monkey quickly found footing in the local music scene of Kelowna, BC and soon upgraded from bar stages to supporting big name acts such as Danko Jones and Royal Tusk. Spreading their reach, they survived their first cross-Canada tour in 2019, promoting their aptly named Nothing To Lose EP. In the following years of the pandemic, Lucky Monkey, like countless other musicians, was restricted from performing live shows. In response to this, the boys turned inside and started writing.

By the summer of 2021, Lucky Monkey had made well over an album’s worth of demos, and these caught the interest of Hot Rhino Records. The band signed to their first label and began recording. Now one year later, they have released their debut full-length album, Evolve, available on all major streaming platforms. After this huge milestone, their passion for creating music is stronger than ever. More is promised to come from this band as they are back on stage and planning their followup album.

The name Lucky Monkey was chosen, as a description for the incredible advancements gifted to the human species through evolution.