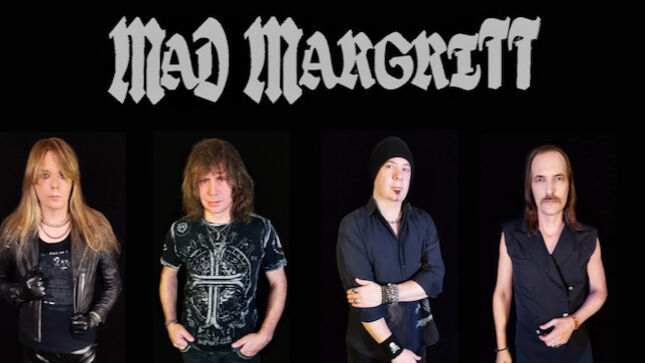 Mad Margritt will release a new CD, Mad Margritt: Best Of 1999-2021, in November via Perris Records.

A message from the band: "We are excited to announce that we will be releasing a new CD on November 19th, entitled Mad Margritt: Best Of 1999-2021. The CD is being released on the Perris Records label and will be available to purchase at all major record stores throughout the United States and overseas.

"The CD will be a collection of songs from our previous CDs, beginning with 1999's In The Name Of Rock all the way up to our current release Love, Hate And Deception. It will also feature the new song 'Thief In The Night', which was recorded this summer along with the song 'Rock The Block' that we performed earlier this year on the HGTV show Rock The Block. There will also be a song that was recorded in 2005 called 'Lonely', which was previously only available for purchase at our shows.

"For those of you who prefer digital, the CD will be available to download on all major music streaming services on October 29th. Also happening on October 29th will be the worldwide premiere of our new video for the song 'Thief In The Night'. Be sure to keep checking our social media pages and our official website for updates.