METALLICA Drummer LARS ULRICH Guests On Tanya's Table Podcast, Talks Danish Roots - "I'm Appreciative Of The Role My Upbringing And The Cuture Plays In Continuously Shaping Who I Am" 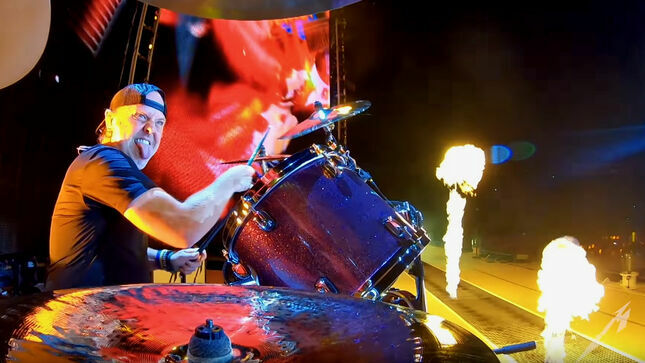 Metallica drummer Lars Ulrich guested on Tanya's Table Podcast, hosted by celebrity chef and cookbook author Tanya Holland, and discussed music, food and where the two intersect. Check out the chat below.

Ulrich: "As the world spins out of control here in many ways, I feel more and more Danish and kind of embrace my Danish roots. I'm very happy in San Francisco, I love the Bay Area mentality and the creative energies that flow through all the different things, but I'm really more and more, I think, understanding and appreciative and understand what role my upbringing and the culture and the history and the Danish world view plays in continuously shaping who I am."

Asked about the progress of Metallica's next studio album, Lars answers: “Glacial. These are the craziest of times and nothing is letting up. There’s a little bit of movement [in that direction], but it’s hard to do a lot when we’re not together.”

In regards to Metallica's follow up to 2016’s Hardwired... To Self Destruct, Ulrich previously told Classic Rock that it will be the best album they’ve ever made.

“It’s the heaviest thing, the coolest," Ulrich said. "But all kidding aside, if it wasn’t because we thought that the best record was still ahead of us, then why keep doing it? In Metallica we love the creative process, and it’s hard for me to imagine that we’ll ever stop making records."