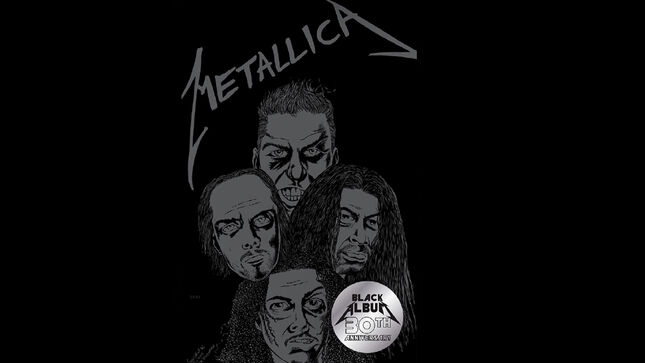 Local Comic Shop Day takes place Wednesday, November 24 (the day before Thanksgiving), reports Comics Beat. Held for the seventh time this year, it’s a home grown comics holiday/promotion organized by Irvine, California-based comics retailer group ComicsPro. The goal is to spotlight local stores and retailers, and publishers are making some special items available for the week of the promotion, branded with the LCSD logo.

Shops can now register for free for the promotion at www.comicspro.org/lcsd2021. Participating stores will be reminded to order the special items of which

The first three special items have been announced, among them Metallica Special Edition (10 Ton Press), reissued to coincide with the 30 year anniversary of Metallica’s The Black Album.

“We are very excited about our first three announced titles,” said Jenn Haines, President of the Board of Directors of ComicsPRO. “Not only do we have Joy Operations, the first Jinxworld title being published by Dark Horse Comics, but also two incredible music-based projects, Metallica Special Edition and Apocalypse 91. The comics and music world have always been connected, but over the past few years, we’ve seen more and more titles like these, which bring new readers into comic shops, pursuing material by their favourite bands. We look forward to seeing what the other publishers announce to bring attention to the uniqueness and magic of local comic shops.”

Original description for Metallica Special Edition (10 Ton Press) - The Bay Area Metal scene started with Metallica in the early 80s. Now 30 years later, we pick up where this mega metal band is today! Giving a brief history of the band, we jump right into Death Magnetic-era Metallica going all the way to today’s Hardwired for Self Destruction. Includes an extensive listing of who’s played with or been in the band.