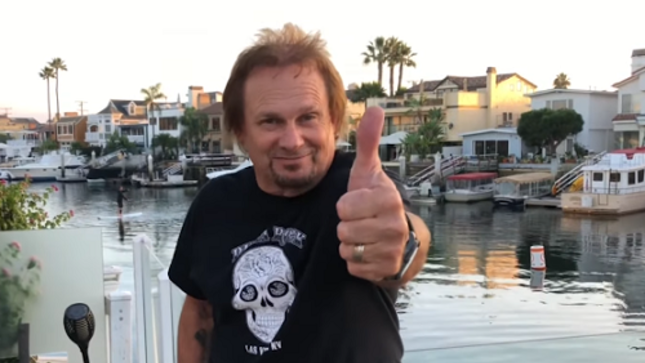 After five years on the road, the time has come to bid farewell to the King of the Road Trip, the Red Rocker, Sammy Hagar. His friends (and #RRRT guests) Billy Gibbons of ZZ Top, Michael Anthony from Van Halen and Chickenfoot, Chad Kroeger of Nickelback, Guy Fieri, and John Mellencamp have gathered together to send their well wishes after a wonderful series. Don't miss the LIVE series finale on Sunday, November 8th at 9/8c on AXS TV.

A message states: "Unfortunately all good things must come to an end. This Sunday, we’re celebrating Sammy Hagar and all the adventures we’ve had with a very special hour-long star-studded live series finale of Rock & Roll Road Trip. Sammy heads to The Woodshed in North Hollywood to discover a hangout where celebrities and musicians meetup and jam. During this hour-long live episode, Sammy will be joined by some special guests while looking back at the good, the bad and the hilarious moments over the years of shooting his show, culminating with a heartfelt performance of a Van Halen classic.

Get a look back at the road trip below, and don’t miss the full episode this Sunday at 9/8c, only on AXS TV.