MIKE PORTNOY Remembers TRANS-SIBERIAN ORCHESTRA Mastermind PAUL O'NEILL - "About 20 Years Ago He Was Telling Us About This Idea For Some Sort Of Christmas Show With KISS Theatrics; We Thought He Was Crazy" 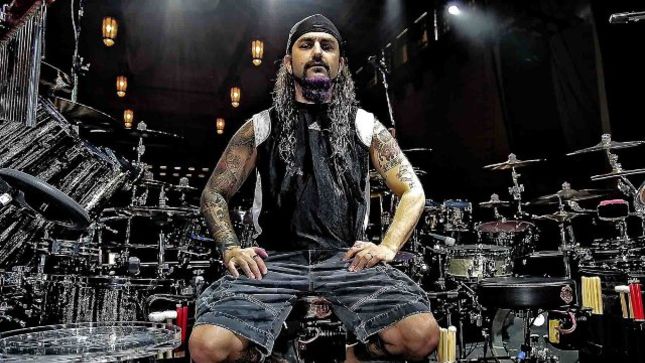 On April 5th, the metal world lost another pioneer, Trans-Siberian Orchestra co-founder and creative force Paul O’Neill to a "chronic illness" according to an official statement. Drum legend Mike Portnoy, who made a name for himself with Dream Theater, posted the following message after receiving news of O'Neill's passing:

"So sad to hear this. I remember sitting on Fates Warning's tour bus about 20 years ago while Paul O'Neill was telling us about this crazy idea he had for some sort of Christmas show with KISS theatrics and we thought he was crazy. Turned out he was a genius and made something bigger than any of us (except for him) could ever possibly foresee! My condolences to all of my friends in the TSO (and Savatage) family: Christopher Caffery, Al Pitrelli, Jeff Scott Soto, David Z. Rock, Russell B. Allen, Jeff Plate and Joel Hoekstra."

According to Tampabay.com, Trans-Siberian Orchestra visionary Paul O'Neill was found dead Wednesday afternoon at an Embassy Suites hotel near the University of South Florida in Tampa, said USF Police spokeswoman Renna Reddick. Staff and O'Neill's daughter broke into his locked room, according to a 911 recording, and found his body. An autopsy will determine cause of death. There were no signs of foul play.

Paul O’Neill passed away yesterday at the age of 61 from “chronic illness”, according to a brief band statement.