MIKE PORTNOY Weighs In On THE NEAL MORSE BAND's Guitarist ERIC GILLETTE - "He Reminds Me A Lot Of My Old Partner In Crime..." 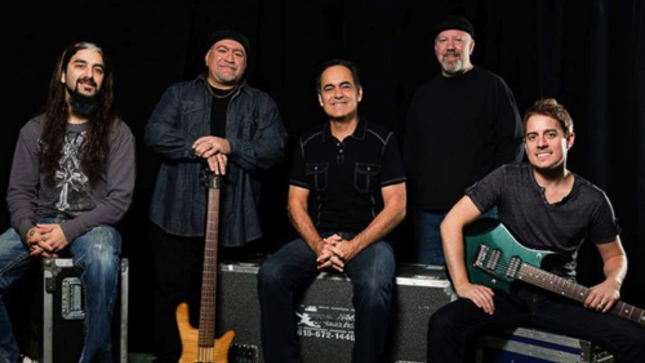 Pre-orders for The Neal Morse Band's new album The Grand Experiment are currently available here. Drum legend Mike Portnoy, who performed on the album, has issued the following:

"This is the first time that Neal, Randy, Bill, Eric and Myself wrote together and from scratch, and it created something entirely unique and new! Bill Hubauer is a HUGE new asset to the band with great musical and melodic ideas and his multi-instrumental talents. And brace yourselves for a new guitar hero in Eric Gillette! He is the new king of shred and feel! He reminds me a lot of my old partner in crime if you know who I mean!)

IMHO, pound for pound this line-up is as strong as any prog band out there, and this very well may be the PROG album of 2015!"

The Neal Morse Band has released the video for the title track from their upcoming album The Grand Experiment.

The Neal Morse Band, featuring former Spock's Beard frontman Neal Morse, will be hitting the US, Canada, and Europe for a winter tour in 2015.

On the Alive Again tour, the guys will be performing their much anticipated debut album: The Grand Experiment. Swedish rockers, Beardfish will be opening all European dates, listed below.

For the first time ever, prog icon Neal Morse came into a recording session with his long time friend and collaborator Mike Portnoy, Randy George, Bill Hubauer and Eric Gillette... with NOTHING! He had no prepared material at all.

"I wanted to see what it would be like to create freely in the room with no preconceived notions. It was quite a risk! I made a lot of room for the other guys to create and express themselves and the result is outstanding! We wanted to experiment, do something a bit different, and see what everyone is capable of...we found out...in SPADES!"

This was a "grand experiment" that produced something far beyond anyone's expectations.

The main disc, containing five tracks - two long prog epics that are sure to be favorites for years to come, as well as three shorter songs including the catchy rocking title track "The Grand Experiment" - is sure to blow the minds of all prog fans and appeal to anyone who loves hooky songwriting with virtuoso performances from some of the best musicians in the world.

*Note: ticket links are being posted at RadiantRecords.com as they become available.

The new album will be officially released on February 10th.