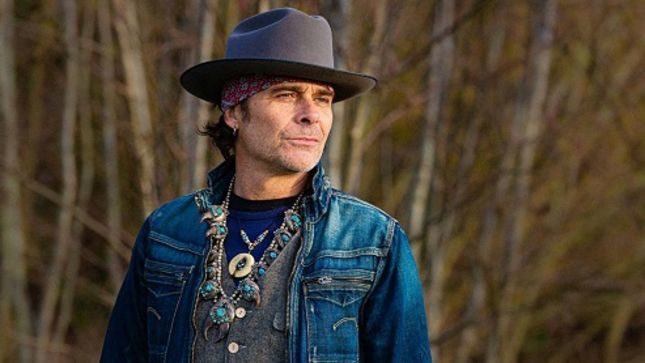 Celebrating 25 years as a solo artist: Mike Tramp announces the ultimate best of Tramp album: Trampthology. On December 18th, the all new best-of album Trampthology from the White Lion / Freak Of Nature frontman will be released on double gatefold 180g vinyl and double CD. This will be a very special treat for all fans of Mike Tramp with 16 of the biggest hits from his amazing solo career, four brand new songs, and fresh liner notes.

A teaser clip of the video for new single "Take Me Away" - due to be released on October 23rd - is available below.

Mike Tramp comments on Trampthology: "As I started the process of writing songs for my first solo album Capricorn in late 1995. I was both apprehensive and curious of what the result would be like. For 20 years, I had been part of three bands and a collective songwriting team. But now I was on my own, and writing just for me, no one else. It became a wonderful journey where I both would discover who I am and where I come from, and also what my true inspirations and goals are. Now, 25 years and 11 solo albums later, I feel safe and secure knowing that I am my songs and my songs are me. They are a musical scrapbook of the life I have lived and the life I continue living. They are not about paying the rent or alimony, they are a true and confident representation of the man I am."

Trampthology will be released on 180g double gatefold black vinyl and double CD by Target Records on December 18th, 2020. It will be exclusively available through Targetshop and all pre-orders will be delivered with one exclusive postcard.

"Give It All You Got"
"If I Live Tomorrow"
"More To Life Than This"
"The Road"
"Ain't Done Yet"
"Dead End Ride"
"Maybe Tomorrow"
"Mr. Death"
"Mother"
"Take Me Away"
"Cobblestone Street"
"Trust In Yourself"
"New Day"
"Bow And Obey"
"Every Time"
"Coming Home"
"Lay Down My Life For You"
"Better Off"
"The Way It Was Before"
"I'll Never Be Young Again"