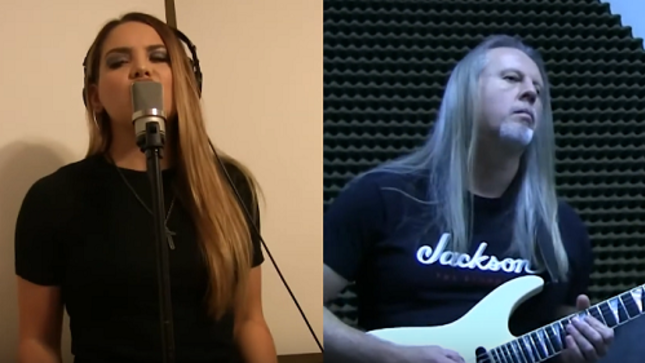 Millennial Reign spent several days last fall filming in the studio as they recorded the Triumph song “Allied Forces”. Anyone who has seen the band’s live set knows that this song was frequently played as their show closer.

The members of Triumph commented on Millennial Reign's version of the title track to their 1981 album Allied Forces, saying, "Great vocals; well done by everyone involved!"

Millennial reign also recently released a limited edition 4 song EP from their first album Carry The Fire, which has been aptly named Carry The Fire Again. The songs are updated with new vocal tracks by their current vocalist, Tiffany Galchutt and completely remixed and remastered.

Tiffany fronted the band as they supported Accept, Stryper and Y&T in late 2019 through early 2020. The new EP includes “Way Up High”, “Millennial Reign”, “Innocent Cry” and “Men Stand Alone”. The first single “Way Up High” was released in January, and a second video single will be released mid-March.