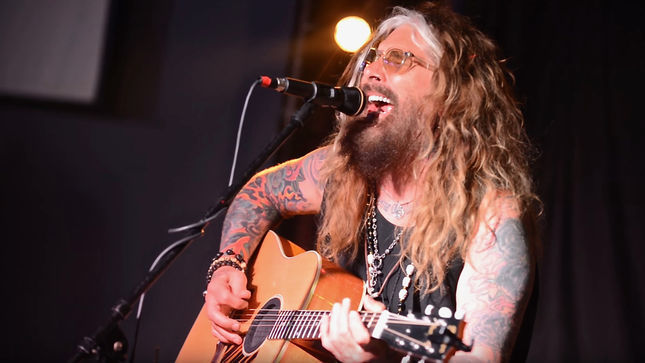 On the latest episode of the 80's Glam Metalcast, Mötley Crüe historian and author Paul Miles talks about some his books, like Crüewords and the Chronological Crüe series. Check out the interview below.

On working with John Corabi on his book

Miles: "Over the last year and a half to two years, I have been working with John Corabi in helping him bring his life story to fruition. We are at the point where we have finished the manuscript and we've got his story down. Now our attention has turned to publishing and getting it out next year. It's an amazing story, he goes into all the details about his life. We all know Nikki Sixx had a tough upbringing, Corabi had a lot of hardships he had to overcome in his life as well. Fans know a little about that from the song 'Uncle Jack' (on the Mötley '94 album) about his pedophile uncle. I won't get into too much - Crab will do full press on it as we get closer to the release. I can tell you it's amazing and the fans will truly enjoy reading it."

On Vince Neil coming back to the Crue in 1997

Miles: "Basically, their managers convinced them that they could make more money together than apart. They actually fired Corabi in September of 1996. John did stick around after his firing and help them complete Generation Swine. Then Vince was brought back as the lead vocalist. People thought bringing Vince would help record sales. When you stack up those two albums side by side... they both only went Gold and after all these years it looks like Mötley '94 has actually sold a little better than Swine.  To me it shows it wasn't changing the frontman, it was just a sign of the times."

Miles: "While we were in lockdown, I thought it be a good time to do a crossword book on Mötley. I took some time and threw it together - 40 Mötley Crüe themed puzzles. I just wanted to give fans some entertainment and mind stimulation during the down time of the pandemic."

Rich Wilkes, screenwriter of Mötley Crüe's movie The Dirt: "Chronological Crue is without a doubt the definitive Mötley Crüe reference work. I used it extensively in writing the script of The Dirt and I highly recommend it to not only fans of the band, but anyone with an interest in the history of rock n’ roll. For contained on these sweaty pages is a treasure trove of sleazy tidbits on not just the band but the slew of other musicians, critics, groupies, scum sucking corporate-types, famous wives and infamous playthings who came across their path. If Mötley played with them, partied with them or shagged them silly, it’s here for all to see. It is a compulsive completist’s dream, filled with the sort of arcane minutia that can settle arguments, win bets, or simply allow you to sleep after pondering for hours the exact date of Nikki Sixx’s first overdose in the back alleys of Hammersmith. Now hurry up and buy it so Paul Miles can finally feel as if his life has meaning." 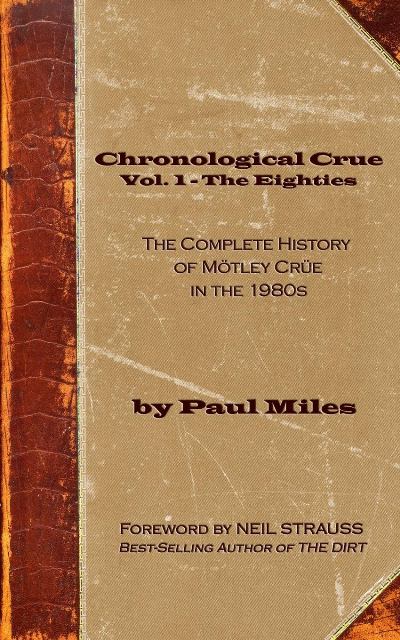